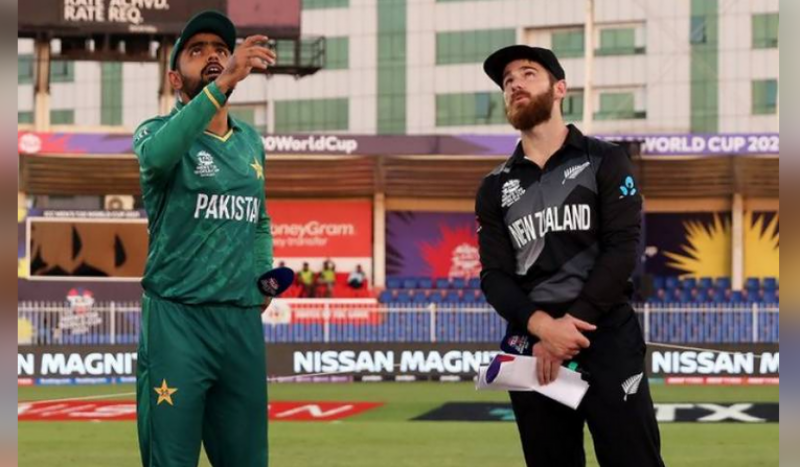 "We are going to bowl first," said Pakistan Captain Babar Azam at the toss. "We will take early wickets and put pressure on them. The second reason is the dew factor [so the team may want to capitalise on it]," he said.

New Zealand skipper Kane Williamson said he would like his team to adopt to the circumstances in Sharjah.

On Sunday, Pakistan defeated India by 10 wickets to break their 12-match losing streak against the arch-rivals at the World Cups.

Pakistan holds a historical edge over the Kiwis in T20Is, having won 14 and lost 10 contests between the sides. The last series between the two countries, in December 2020, was won by New Zealand.

The two sides were supposed to play another series in Pakistan as part of their preparation for the T20 World Cup, but the Kiwis suddenly cancelled the series minutes before the scheduled start of the first ODI match in Rawalpindi, citing security threats.