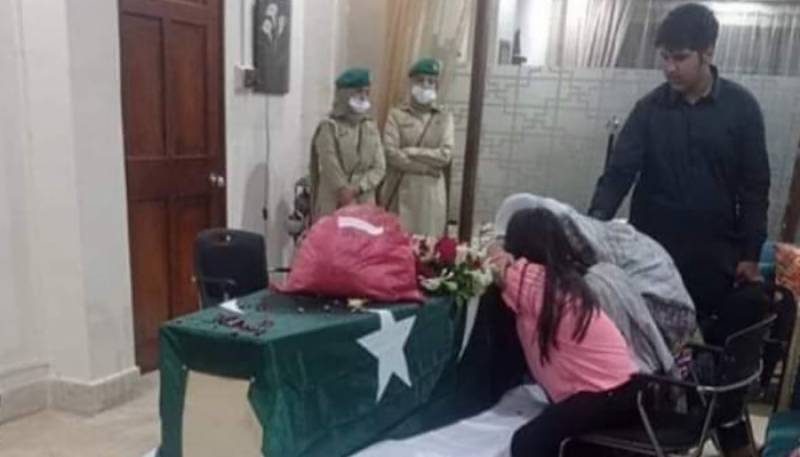 Islamabad (Web Desk): The body of slain journalist Arshad Sharif, who was shot dead by Kenyan police, reached in Islamabad in the wee hours of Wednesday.

Sharif was shot dead in Kenya allegedly by the local police on Sunday night, with an official police statement later expressing “regrets on the unfortunate incident” and saying an investigation was underway.

Initially, Kenyan media quoted the local police as saying Sharif was shot dead by police in a case of “mistaken identity”.

Interior Minister Rana Sanaullah said on Wednesday that the team would depart for Kenya immediately to ascertain the facts of the case and would submit a report to the ministry.

On Tuesday, Prime Minister Shehbaz Sharif announced on that a judicial commission would be formed to probe the journalist’s killing.

The prime minister, in a video message from Saudi Arabia where he was on an official visit to attend Future Investment Initiaitve Summit, said the government would request the Islamabad High Court (IHC) to designate a judge for the purpose.

Meanwhile, Director General (DG) Inter-Services Public Relations (ISPR) Lieutenant General Babar Iftikhar on Tuesday stated that the military has requested the government to thoroughly investigate into the killing of senior journalist Arshad Sharif so that all these speculations can be put to rest.