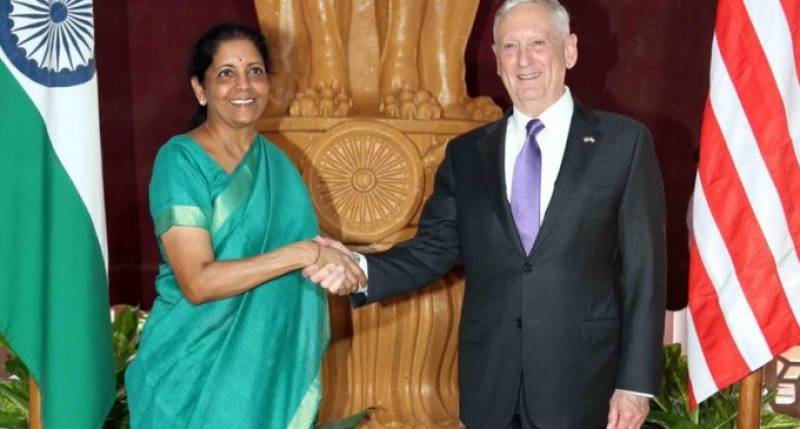 New Delhi (Agencies): India will not deploy troops in Afghanistan, its defence minister said Tuesday, but promised to boost support for a new US strategy in the war-torn country.

After talks with US Defense Secretary Jim Mattis, Nirmala Sitharaman said India was prepared to increase training for Afghan personnel and develop infrastructure such as schools and hospitals.

"India's contribution has been on these counts and we shall expand if necessary," she told a news conference with Mattis.

"However as we have made it very clear, there should not be boots from India on the ground."

Mattis' trip to India is the first by any member of President Donald Trump's cabinet. It comes just after Trump unveiled a new Afghanistan strategy and urged New Delhi to help.

India has long vied with arch-rival Pakistan for influence in Afghanistan, building dams, roads and a new parliament in the troubled country. Last year it offered some $1 billion in aid.

It has also trained more than 4,000 Afghan National Army officers and provided helicopters to the Afghan Air Force.

"There can be no tolerance of terrorist safe havens," Mattis said Tuesday.

"As global leaders, India and the United States resolve to work together to eradicate this scourge."