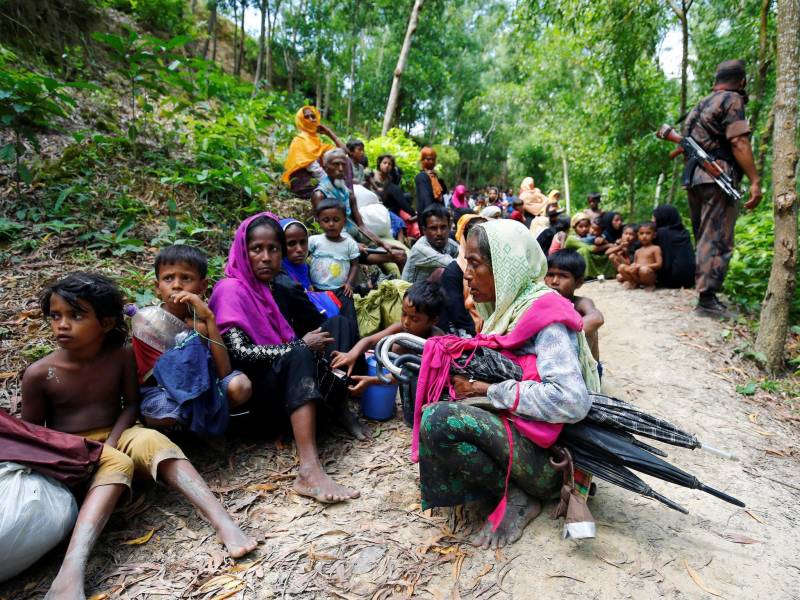 United Nations (Agencies): Scores of Rohingya women who were aggressively sexually assaulted while fleeing Myanmar’s violence-wracked Rakhine State are being treated for injuries consistent with horrific sex attacks, according to UN medics.

A total of eight medical professionals working in Bangladesh reported treating 25 women between them since late August after they were brought to them with physical injuries that were consistent with violent attacks.

The injuries include bite marks, vaginal tearing and “signs that a firearm was used to penetrate women”, according to Tasunba Nourin, a doctor with the International Organisation for Migration (IOM).

Pramila Patten, the UN’s Special Representative on Sexual Violence, has said she is “gravely concerned” about security operations in Rakhine that the UN has described as “textbook ethnic cleansing”.

She recalls survivors describing sexual violence being used as a “calculated tool of terror to force targeted populations to flee”. Almost all the victims told UN doctors that the perpetrators were men in uniform and identified them as as Myanmar soldiers.

One woman said she was raped by five soldiers while others looked on.

It is rare for UN doctors and aid agencies to accuse a state’s armed forces of alleged rape, given the sensitivity of the matter.

“Those rape victim women should come to us,” he said. “We will give full security to them. We will investigate and we will take action.”

Suu Kyi, a Nobel laureate widely condemned for failing to speak-up for more than one million Rohingya, promised last week that any perpetrators of abuse in Rakhine would face the full force of the law. But her government has refused to allow a UN fact-finding mission to go to Rakhine that was set up to investigate what a UN report in February said amounted to a “calculated policy of terror” under the guise of a military lockdown of Rohingya villages months earlier. A report by UN investigators, who recently arrived in the Bangladesh camps to investigate the atrocities, including sexual attacks, has described how soldiers raped women, stomped on the stomach of a woman in labour and slit the throat of an eight-month-old baby when he started crying while his mother was being raped.

The Myanmar government, having been accused of ethnic cleansing by the United Nations, has denied any claims of aggression and said it has been targeting terrorists.

Around 429,000 Rohingya have fled Burma, where many of their families lived for generations. Most refugees are living in overcrowded refugee camps in Bangladesh, living off small aid packages from sympathetic locals and aid agencies.

Meanwhile, Bangladesh has complained to the UN that Myanmar soldiers have been laying internationally banned anti-personnel landmines across the border, the Press TV reported. Dhaka has also banned telecommunication companies from selling mobile phone connections to the Rohingya refugees, imposing a communication blackout on the persecuted community.

Bangladesh’s four mobile phone providers were threatened with fines if they provide any of the nearly 430,000 newly-arrived refugees from Myanmar with SIM cards while the ban is in force.

The persecution of the Rohingya Muslims, a stateless minority of about one million people that mostly lived in the Rakhine state in western Burma, comes after alleged attacked by Rohingya on government forces last October and in August this year, sparking a strong crackdown.

Since the most recent escalation, more than 1,000 people have died and hundreds of thousands have been displaced.

As thousands of people arrive each day from restive Rakhine state to the refugee camps, Unicef estimates that 50,000 of the new arrivals are pregnant women.

The United Nations has described the practices against the Rohingya Muslims in Buddhist-majority Myanmar as “ethnic cleansing.”