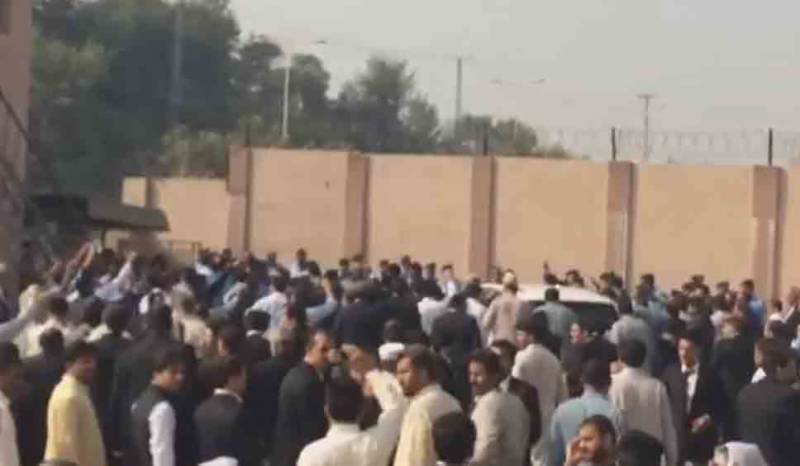 Nawaz Sharif reached the attend the hearing of three references filed by the National Accountability Bureau (NAB) against him and his children.

According to details, outside the Court New news reporter Saad Altaf who was covering the event of Nawaz Sharif’s hearing, where premier protocol officer of Nawaz Sharif tortured him, he was beaten up and dragged out of court.

The sources reported, private TV reporter Amir Saeed Abbasi was also tortured and was stopped from coverage, followed by a serious protest by the media community.