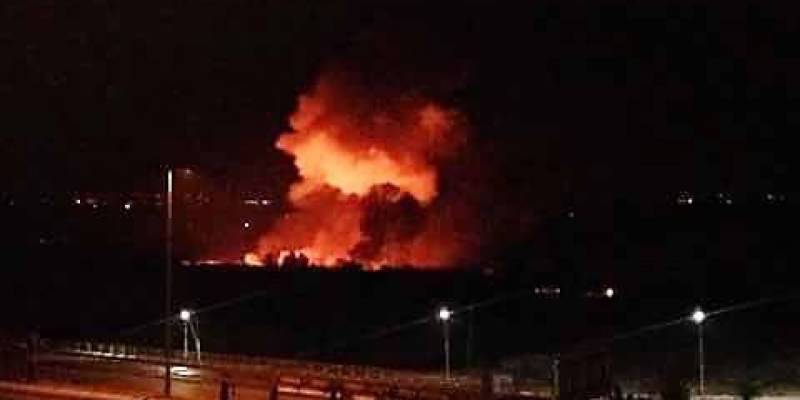 Beirut (Web Desk): A bomb blew up near Damascus International Airport in the early hours of Thursday,

According to a monitoring group reported the news of bomb explosion near Damascus International Airport without specifying the cause.

Head of the Syrian Observatory for Human Rights Rami Abdel Rahman said, "The blast was huge and could be heard in Damascus."

Earlier an official from the forces reported on April 23, an Israeli attack on a Syrian camp for pro-government forces killed three fighters near the Golan Heights on Sunday.

Two fighters were also wounded in the attack on the Al-Fawwar camp near Quneitra in southwestern Syria, the official told, adding that it was unclear whether the damage was inflicted by an air strike or shelling.

On Friday Israel’s army gave statement that it targeted positions inside Syria in retaliation for mortar fire that hit the northern part of the Golan Heights.