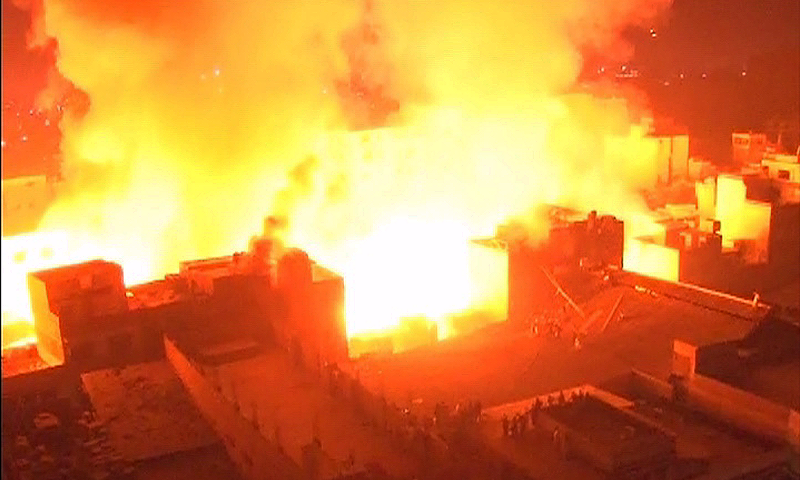 Matiari (Staff Report): A fire erupted late at a timber market on Wednesday night and turned more than 20 shops and a hotel to ashes in Bhitt Shah, Matiari district in Sindh.

The firefighters and rescue teams timely reached and took action to douse the fire. Fortunately, no loss of life was reported in its wake.