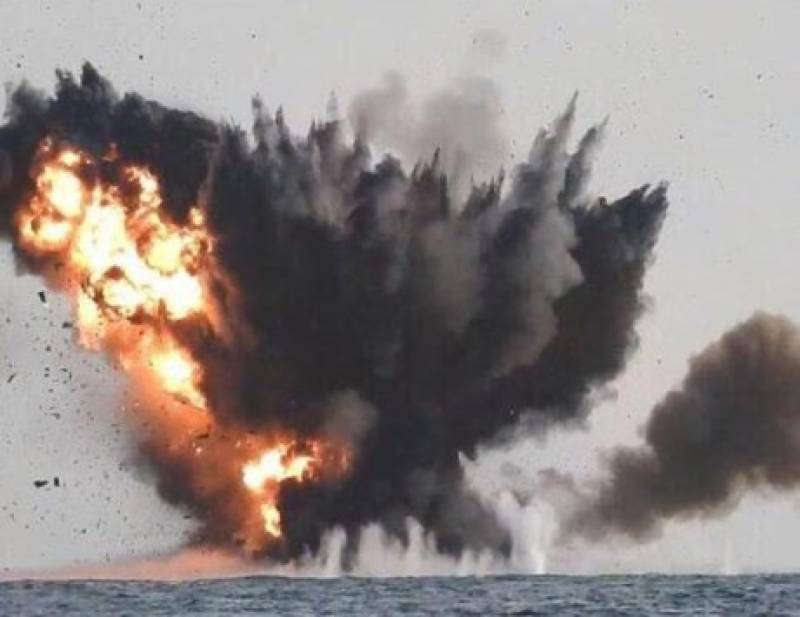 Riyadh (Web Desk): An unmanned boat rigged with explosives was fired by the Saudi coast guard, preventing an attack on one of the kingdom’s oil terminals that authorities on Wednesday blamed on Yemeni Huthi rebels. The boat, sent from a small island off the Yemeni coast, was targeting a petroleum products distribution terminal run by Saudi oil giant Aramco when it was intercepted on Tuesday, the interior ministry said in a statement carried by the SPA state news agency.

"The boat was spotted when it departed from a small island in Yemeni waters and gained speed after entering Saudi waters," the ministry said.

After determining that the boat was unmanned, a coast guard unit opened fire on its engine and stopped it 1.5 miles (2.8 kilometres) from the terminal in the southern region of Jazan, the statement said.

The boat was loaded with "strong explosive material," it said.

The ministry vowed to foil all "terrorist attempts" against the kingdom and to "reach those behind them from the Huthi militias."

It accused the rebels of "threatening the security of waterways and offshore installations with explosive-laden boats and naval mines."

Saudi Arabia is leading an Arab coalition that in March 2015 launched a military campaign against Iran-backed Yemeni rebels in support of President Abedrabbo Mansour Hadi.

Huthi rebels aided by renegade troops loyal to former president Ali Abdullah Saleh repeatedly fire missiles across the borders with the kingdom, but this is the first attempt of kind to target an oil installation.

In August, the rebels claimed to have hit an Aramco facility with a missile, but the oil company said all its installations were operating as normal.

Two Saudi sailors were killed in a rebel "suicide" boat strike on a frigate patrolling off the Yemeni coast in January, the coalition said at the time. The rebels said they hit the ship with a guided missile.

More than 7,700 people have been killed in the past two years of fighting in Yemen, the UN says.