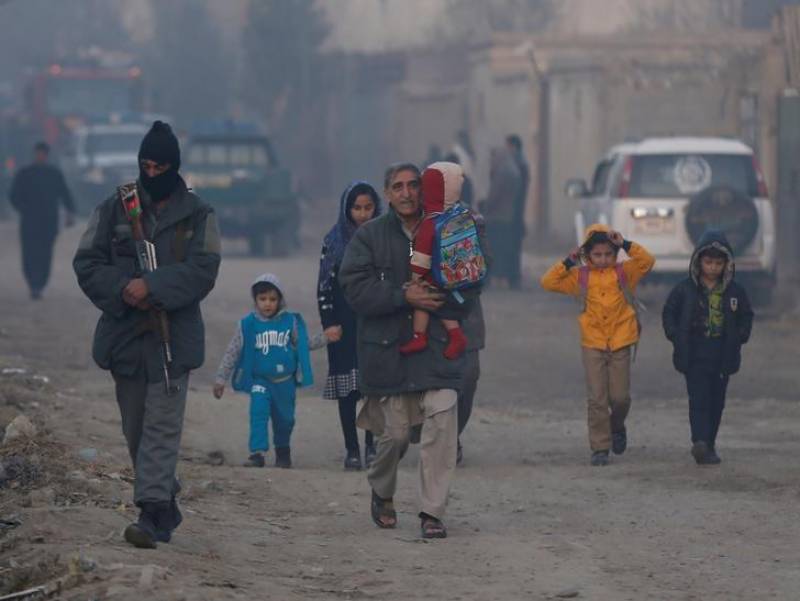 Kabul, Afghanistan (Reuters): United Nations said on Thursday that the civilian casualties caused by the war in Afghanistan declined slightly in the first three months of 2017, a rare drop that officials attributed mostly to residents fleeing areas of fighting.

According to UN report, there were 715 civilians killed and 1,466 wounded from January to March, an overall 4 percent decrease compared to the same period last year, according to a quarterly report released by U.N. human rights investigators in Kabul.

A major factor in that decrease was a 19 percent drop in casualties from ground engagements between Western-backed government security forces and insurgent groups like the Taliban and Islamic State, but investigators said the decrease was likely because more than half a million Afghans fled areas of fighting in 2016, the highest number on record.

The U.N. Mission in Afghanistan said in a statement, "While UNAMA welcomes such a decrease and all efforts to protect civilians, it notes the record levels of internal displacement within Afghanistan during 2016 and that the reduction in numbers may be related to the movement of civilians from several areas severely affected by conflict."

Overall in 2016, 3,498 civilians were killed and 7,920 wounded, making it the deadliest year on record for Afghan civilians.

The report highlighted a 24 percent spike in casualties among women, and a 3 percent increase for children.

At least 62 percent of casualties were attributed to anti-government groups like the Taliban, as well as Islamic State, which launched several of the deadliest attacks ever in Kabul this year.

Tadamichi Yamamoto, the U.N. Secretary-General’s Special Representative for Afghanistan, said in a statement, "During an armed conflict, the intentional killing and injuring of civilians is a war crime."

"Anti-government elements must stop this deplorable practice and everybody must apply – and respect – the definition of ‘civilian’ provided by international humanitarian law."

In the first quarter of 2017, 72 civilians were killed and 76 wounded in aerial operations by Afghan and American forces, compared to eight dead and 21 injured in the same period last year.