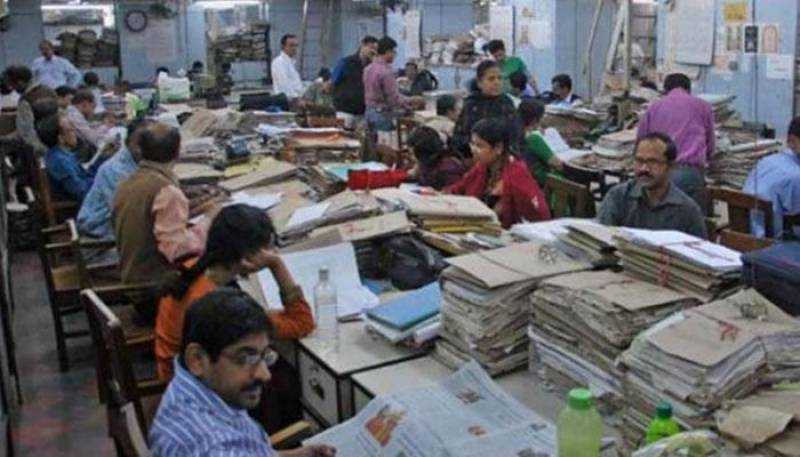 Islamabad (Staff Report): The government has announced a 10 percent increase in the salaries of federal government employees with effect from July 01, 2018.

Similarly, family pensions have also been increased from 4500 to 7500.

Pakistan Muslim League-Nawaz (PML-N) government is presenting the sixth budget in the National Assembly on Friday (today) with a total outlay of Rs 5.5 trillion for fiscal year 2018-19.

Dr Miftah Ismail, who took oath as federal minister for finance as his appointment was recommended by Prime Minister Shahid Khaqan Abbasi and approved by President Mamnoon Hussain, is presenting the budget in the lower house of the Parliament before getting it approved from the federal cabinet.

The government is presenting the budget one-month earlier, keeping in view the upcoming general elections.

The PML-N-led government will be the first government in the country’s history that would present the sixth budget in its five-year constitutional tenure.

The opposition parties had asked the government to present a four-month budget , allowing the next government to give the remaining financial plan.

The budget’s total outlay is around Rs 5.5 trillion with 5.3 percent of the GDP deficit. The government has allocated Rs 1.1 trillion for defence for the next fiscal year as against Rs 920 billion for the outgoing year.

The government has set a tax collection target of Rs 4,433 billion for the Federal Board of Revenue. The federal government would transfer Rs 2,550 billion to the provinces under the National Finance Commission (NFC) award. It is likely to allocate a subsidy of Rs 219 billion for the next fiscal year with Rs 119.400 billion earmarked for the power sector.

No increase in pensions, salaries of govt employees