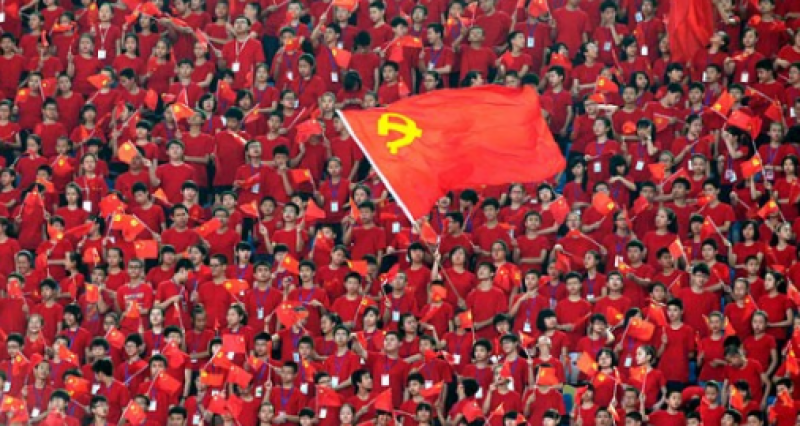 Beijing (Web Desk): The Communist Party of China (CPC)'s secret to success in governance over the past decades lies in its people-oriented development philosophy and its walking the talk in a relentless pursuit of happiness for the Chinese people, foreign party leaders and officials said ahead of the 100th anniversary of the CPC's establishment, China’s state-run news agency Xinhua reported.

Such a philosophy has been specially reflected in remarks from Chinese President Xi Jinping that "for the good of my people, I will put aside my own well-being," they said.

During a visit to Italy in March 2019, asked about how he felt about being Chinese president, Xi told President of the Italian Chamber of Deputies Roberto Fico that governing such a huge country requires a strong sense of responsibility and hard work.

"For the good of my people, I will put aside my own well-being. I am willing to be selfless and devote myself to China's development," Xi said.

"I think what he means is that he will work for the well-being of his people selflessly, where he himself doesn't matter," Nyazee told Xinhua.

"Dedicating his life to the people to bring up their well-being, that can only be done by a selfless man. He's a selfless man who has worked for his nation. We need such leaders all across the world," Nyazee said.

The CPC is "a party of the people that has been very flexible in its tactics and strategies, but also firm in its principles. It is a communist party that aims to build socialism," he said.

In the eyes of former Nigerian Foreign Minister Aminu Bashir Wali, who became interested in China as early as in the 1960s, the CPC has built an effective governing system that allows the party to know what the majority of the Chinese people want.

"The CPC represents the sum total of the aspirations of the Chinese people," Wali said.

To many foreign party leaders and officials, the CPC's people-oriented development philosophy bears great significance not only for China, but also for the rest of the world.

Good governance carried out by the CPC has played a critical role in the country's rapid development and contributed to building a multi-polarized world, said Maria Teresa Mola, vice-president of the Party of the European Left and a member of the Communist Party of Spain (PCE).

In the fight against the COVID-19 pandemic, China has provided assistance to countries in need, she told Xinhua, adding Xi's remarks in 2019 were not only spoken to the Chinese people, but also to people around the world.

Politicians across the world also noted that the CPC has put the country's development at the center of its work, and has been playing a crucial role in the country's growth, citing China's success in ending absolute poverty as one of the many examples.

Hailing China's elimination of absolute poverty as a remarkable feat, Juha-Pekka Vaisanen, chairperson of the Communist Party of Finland, praised the CPC's fundamental purpose of "serving the people wholeheartedly."

"I think China could become a model for many countries," added Lula, also founder of Brazil's Workers' Party.

To Olzhas Syzdykov, secretary of the Central Committee of the People's Party of Kazakhstan, the CPC has offered a new governance approach to building a more just society, allowing the country to use the accumulated capital to satisfy more social needs, so as to not only bake a bigger cake but divide it in a much fairer way.

"The Chinese people are united under the leadership of the CPC. They have been able to accomplish what those developed countries cannot do," said Syzdykov.