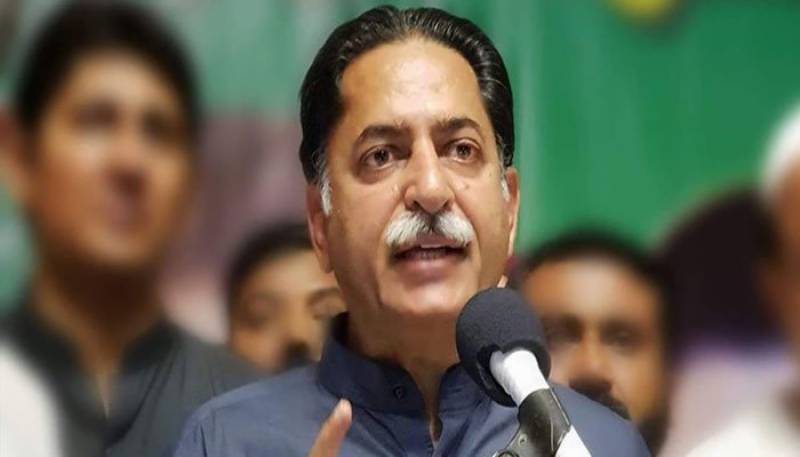 Lahore (Web Desk): Police arrested Pakistan Muslim League-Nawaz (PML-N) MNA Javed Latif on Tuesday after a sessions court rejected his bail plea in a case registered against him on charges of inciting people against state institutions.

According to details, Additional District and Sessions Judge Wajid presided over the hearing of the case.

During the hearing, Javed Latif's counsel implored the court that a specific portion of the petitioner's interview was lifted for the FIR merely to create a wrong impression against him.

“A conspiracy is being hatched to assassinate PML-N Vice President Maryam Nawaz. He said Latif made his comment in the context of this conspiracy,” Latif’s counsel argued.

He added that the case was purely politically motivated and his client was being victimised.

No sedition case could be registered relying upon optical statements, he maintained.

On the other hand, the public prosecutor argued that the PML-N leader's controversial statement was equivalent to overstepping the bounds of love for his leader.

“The prosecution's case is in accordance with all the requirements of the law, and at this stage, he does not have a basis to obtain bail”, the prosecutor added.

The court, after hearing the arguments of both lawyers, initially reserved the judgment, however, it later dismissed the interim bail of the PML-N leader.

After Latif's interim bail was dismissed, the police arrested him from the courtroom.

It is pertinent to mention that Javed Latif, last month in a TV talk show, had said,“If anything happened to PML-N Vice President Maryam Nawaz, the PML-N will not say Pakistan Khappay.”

On March 20, Javed Latif was booked on charges of treason, and a case was registered on the complaint of a citizen.