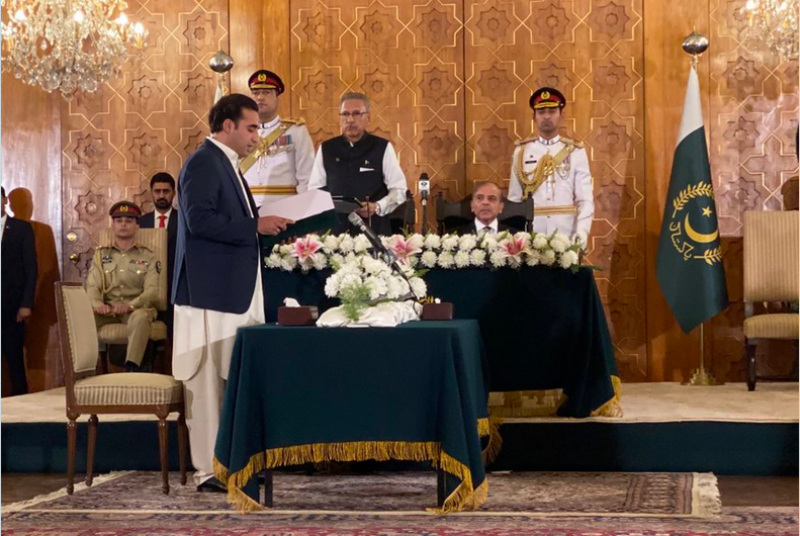 President Dr Arif Alvi administered the oath to the new member of the federal cabinet at a ceremony at President House in Islamabad.

Bilawal Bhutto is likely to be given the portfolio of the foreign ministry.

In a post on Twitter, Aseefa Bhutto congratulated Bilawal for becoming the youngest foreign minister in the history of Pakistan.

Congratulations to the youngest Foreign Minister in Pakistans history @BBhuttoZardari . The task is daunting, and the previous government have hurt our international standing but I have no doubt that you will make our country, party, and family proud. ???????? pic.twitter.com/LUEsMJBzx5