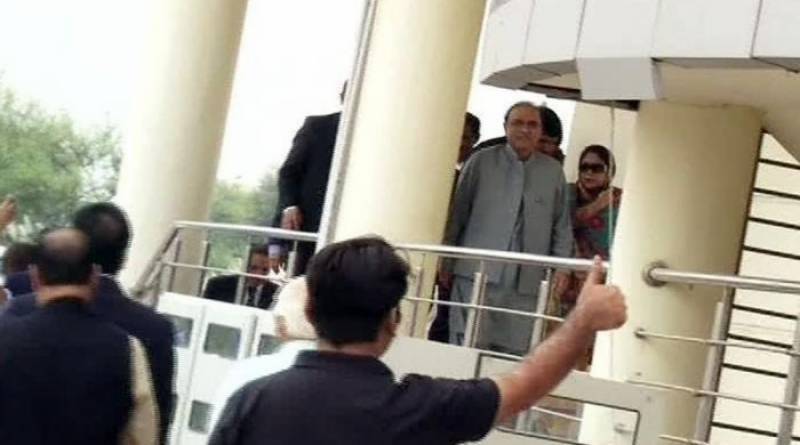 The brother sister-duo recorded their statements in the Rs 35 billion money laundering through 29 fake accounts and also filled out a questionnaire.

The PPP leaders were quizzed for 35 minutes by an FIA official, Najaf Mirza.

During the hearing, Zardari 's lawyer, Barrister Aitzaz Ahsan, said his client desired to appear before the banking court and cooperate with the FIA’s investigation, but feared arrest.