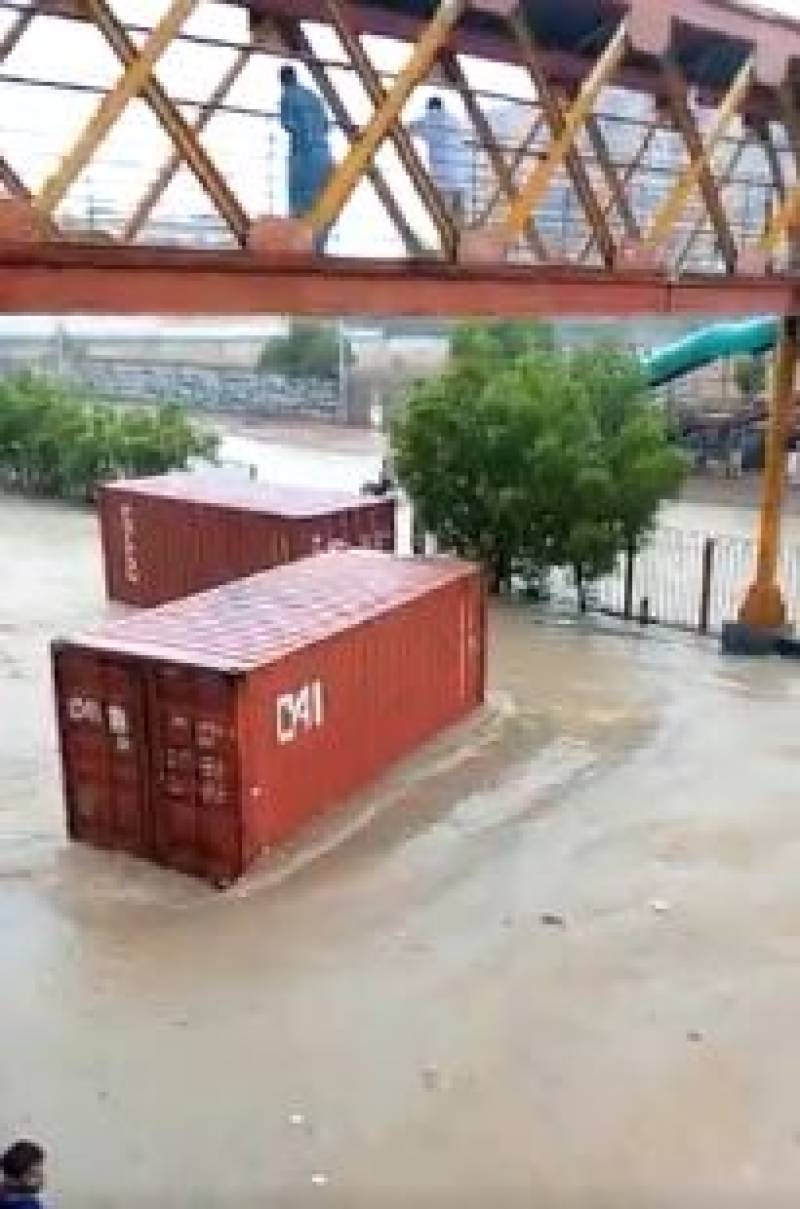 The Power House Chowrangi was completely submerged in rainwater and same was the case with Nipa, Jauhar Chowrangi, several areas of North Nazimabad, Nazimabad, Orangi Town, Board Office Chowrangi, Malir, Saudabad and Korangi.

Earlier, the Met Office had predicted that the monsoon rain system had weakened and it was likely that the metropolis would be provided with much-needed relief from the torrential rains.

In its new weather alert, the Met office redacted its earlier rain prediction that heavy showers in the city could last until 4pm, saying that now it would last till 11pm.

The Met Office said that the weakened system had merged with another system coming in from Balochistan hence it gained in intensity and resulted in heavy rain pelting the city.