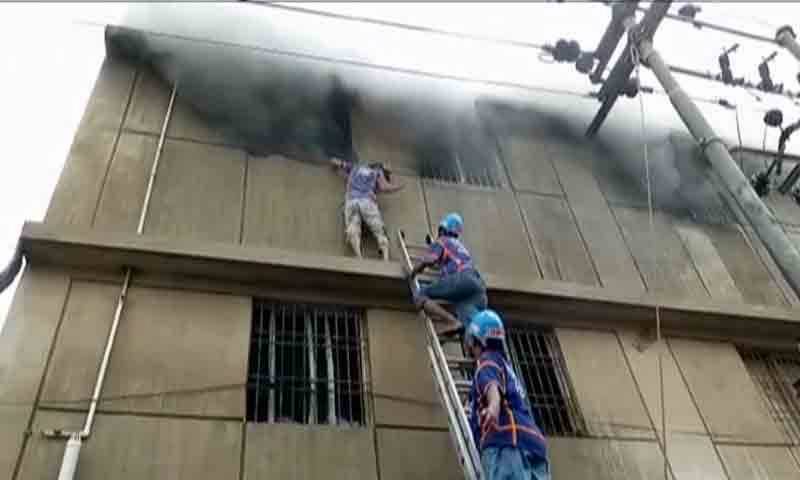 Karachi (Web Desk): At least 17 workers were killed as fire erupted in a chemical factory in Karachi on Friday.

According to rescue sources, the fire broke out chemical factory in Mehran Town of Korangi.

The added that the firefighters are still busy in rescue operation at a. Ten bodies were shifted to Karachi's Jinnah Hospital.

The bodies of 16 labourers have been retrieved from inside the building and the area has been "cleared", but fire fighters are sweeping the area once more for the satisfaction of the affected families who are in search of their loved ones.

The rescue officials said they had asked for heavy machinery to break the factory walls. Two firefighters were also injured while trying to put out the blaze.

Chief Fire Officer Mubeen Ahmed told the media that 13 fire tenders and a snorkel were being used to put out the blaze.

“There is only one way to enter the factory,” the chief fire officer said, explaining that the roof of the factory was also locked, making it difficult for the labourers to escape.

The fire has been brought under control and the cooling process is underway, he added.