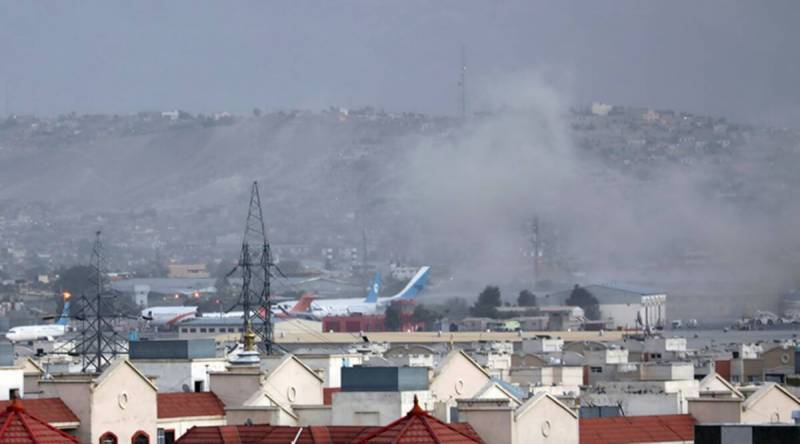 Kabul (Agencies): At least 90 people including 13 United States troops were killed and more than 150 were injured when suicide bombers struck the crowded gates of Kabul airport with at least two explosions on Thursday.

According to Afghan officials, a suicide bomb attack at the airport’s Abbey Gate was followed by an assault by gunmen. Another bomb attack took place nearby, at a hotel outside the airport, officials said. Eighteen US service members were injured, the Pentagon said.

The attack marked the deadliest day for the US military in Afghanistan since 2011, and came just five days before the Biden administration’s deadline for the complete military withdrawal from the country. The military expects more attacks, Marine Corps Gen. Frank McKenzie told reporters.

President Biden on Thursday evening said he was heartbroken by the violence and vowed to retaliate for the attacks, while promising to continue evacuation efforts.

Taliban official Suhail Shaheen said there were two explosions in a crowded area managed by US forces.

“We strongly condemn this gruesome incident and will take every step to bring the culprits to justice.”

The Taliban did not identify the attackers, but a spokesman described it as the work of “evil circles” who would be suppressed once the foreign troops leave.

A suicide bomber from the militant group “managed to reach a large gathering of translators and collaborators with the American army at ‘Baran Camp’ near Kabul Airport and detonated his explosive belt among them, killing about 60 people and wounding more than 100 others, including Taliban fighters,” it said.

Several Western countries said the airlift of civilians was now effectively over, with the United States having sealed the gates of the airport leaving no way out for tens of thousands of Afghans who worked for the West through two decades of war.

Washington and its allies had been urging civilians to stay away from the airport on Thursday, citing the threat of an Islamic State suicide attack.