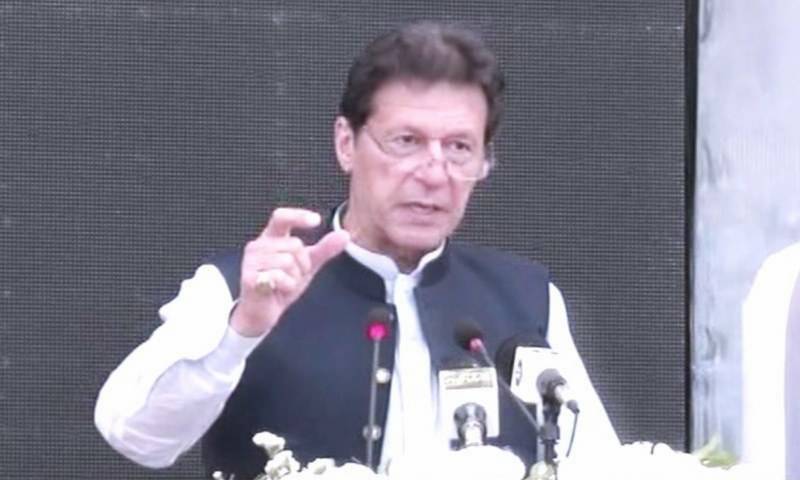 Addressing the launching ceremony in the federal capital, the premier said that the government was bringing in reforms and introducing incentives to attract investment of overseas Pakistanis.

“Nine million overseas Pakistanis had as much money as the total Gross Domestic Product (GDP) of Pakistan,” PM Imran said.

The prime minister said that since his cricketing days, he had interaction with overseas Pakistanis who were the biggest asset of the country but their potential was not fully utilised.

“Pakistan could greatly benefit from investment potential of expatriate community and from their technical skills, professionalism and expertise,” he asserted.

PM Imran said huge impediment in investment from overseas Pakistanis is corruption in the country.

He said that the government in the past did not focus on the welfare of these Pakistanis.

PM Imran said that Pakistan had substantially improved its ranking among countries in the area of ease of doing businesses.

Imran Khan said overseas Pakistanis wanted to build their home in Pakistan but land mafia was a nuisance for them as it illegally occupied their plots of land.

“The Roshan Apna Ghar scheme will provide a guarantee to the investors and will bring dollars to reduce current account deficit,” PM Imran said, adding that this will also help to have a sustainable growth in the country.

Speaking on the occasion, Finance Minister Shaukat Tarin said that this scheme will help to retain the money coming from Roshan Digital Account. He said that a massive investment is expected in real estate sector.