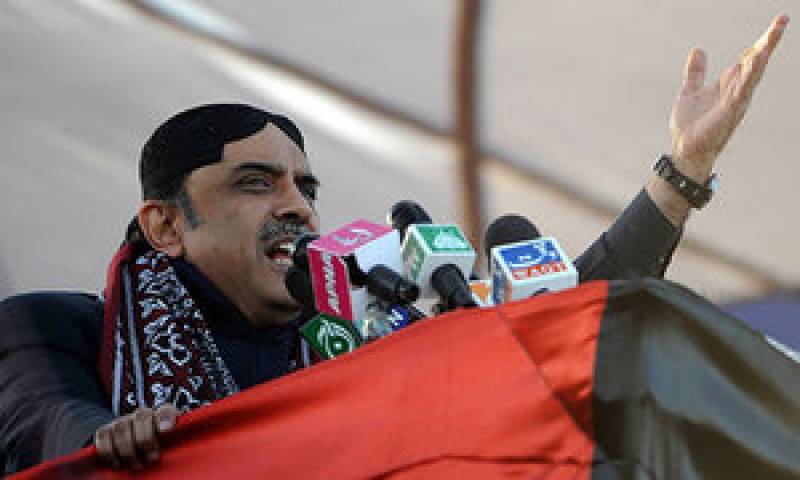 Garhi Khuda Bakhsh: Pakistan Peoples Party (PPP) Co-Chairman Asif Zardari announced that both he and his son, the party chairman Bilawal Bhutto Zardari, will contest elections and be a part of this Parliament.

Addressing PPP supporters as the party observes the 9th death anniversary of Benazir Bhutto in Garhi Khuda Bakhsh near Larkana, Bilawal said, “Mian [Nawaz Sharif] Sahab we gave you this democracy as a sacred trust. We made every decision with you. We made decisions in the Parliament through consensus. It is a pity that you seem to have forgotten all your promises today.”

"We have sacrificed for the sake of democracy and politics, to save Pakistan... We will not leave this Mughal emperor to rule," he added.