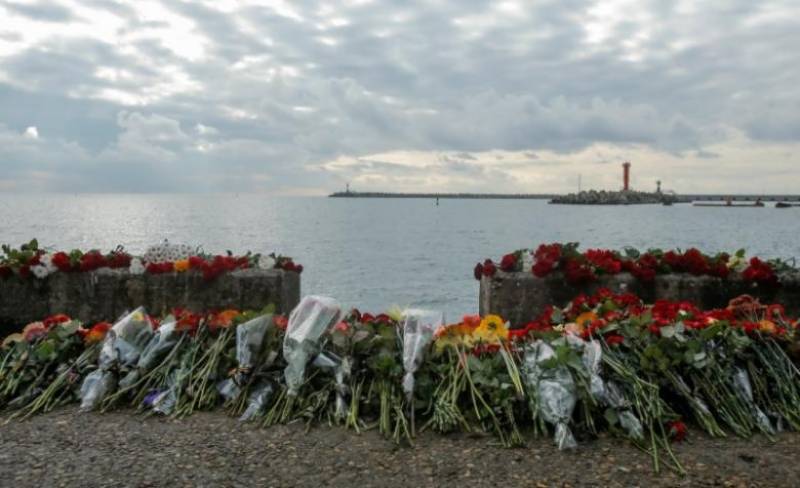 Moscow (Reuters): Russia has found the first flight recorder from a military plane that crashed into the Black Sea killing all 92 on board, the Defence Ministry said on Tuesday, amid unconfirmed reports that authorities had grounded all aircraft of the same type.

The recorder, one of several reported to be on board, contains information that could help investigators identify the cause of Sunday's crash, which killed dozens of Red Army Choir singers and dancers en route to Syria to entertain Russian troops in the run-up to the New Year.

Investigators have so far said that pilot error or a technical fault, rather than terrorism, are most likely to have caused the Defence Ministry Tupolev-154 to crash into the sea.

The first black box, which was founded by a remote-controlled underwater vehicle at a depth of around 55ft (17 meters) and 1 mile (1,600 meters) from the resort of Sochi, will be sent to a Defence Ministry facility in Moscow for analysis.

"During the night during the (search operation) ... a further five fragments of the plane were found," the ministry said in a statement. They included pieces of fuselage and engine fragments.

The Interfax news agency cited an unnamed source as saying Russia had grounded all TU-154 planes until the cause of Sunday's crash became clear. There was no official confirmation of that.

The Defence Ministry says the downed jet, a Soviet-era plane built in 1983, had last been serviced in September and underwent more major repairs in December 2014.

Russian pilots say the TU-154 has a decent safety record, though major Russian commercial airlines have long since replaced it with Western-built planes.

The last big TU-154 crash was in 2010 when a Polish jet carrying then-president Lech Kaczynski and much of Poland's political elite went down in western Russia killing everyone on board.