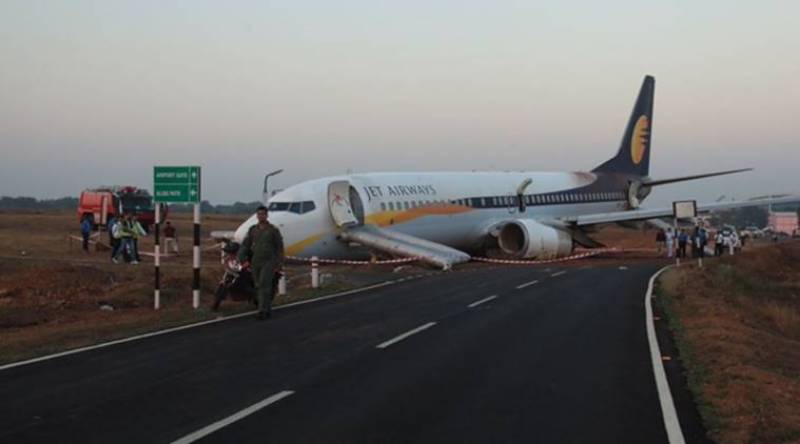 Mumbai (Web Desk): Jet Airways flight 9W 2374 veered off the runway at Dabolim airport in Goa while aligning for takeoff.

A total of 161 people, including seven crew members, were on-board the plane. The flight was scheduled to travel from Goa to Mumbai, the Indian Express reported.

The incident took place at around 5 AM. The flight, which had arrived from Dubai and was bound for Mumbai, was about to take off when it skidded off the runway and reportedly spun 360 degrees. When the evacuation was on, the aircraft tilted forward, an eyewitness said, triggering panic among passengers. Navy sources said 15 people suffered ‘minor injuries and fractures’ in the process.