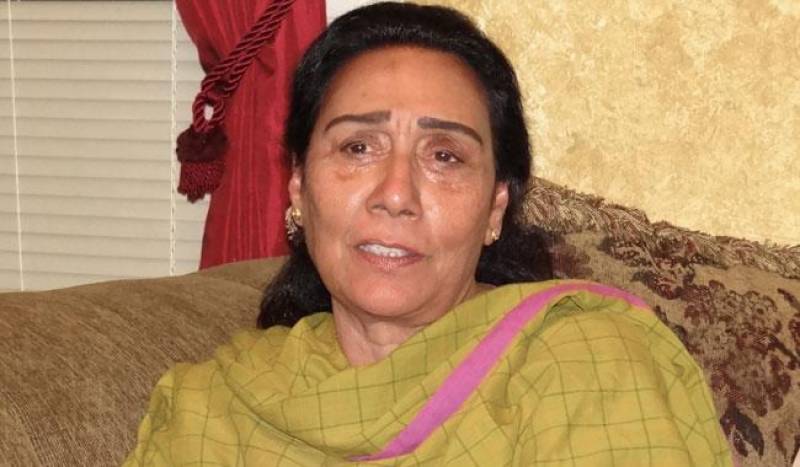 Karachi (Web Desk): A private TV channel reported that Naheed Khan, former close confidant of slain PPP chairperson Benazir Bhutto, slammed the party's co-chairman Asif Ali Zardari on Tuesday and urged Bilawal to ask his father as to why he couldn't arrest his wife's killers despite being in power for five years?

Naheed Khan spoke on the occasion of Benazir Bhutto's ninth death anniversary at private TV channel. The former leader of PPP, who chose to form her own party known as the Pakistan Peoples Party Workers (PPP-W) along with her husband Safdar Abbasi, said that she felt the pain of Benazir's son Bilawal.

Naheed Khan said that at first, everyone appreciated the report that was submitted by the United Nations regarding the assassination of Benazir Bhutto.

Later everyone rejected it. She also slammed PPP co-chairman Asif Ali Zardari and said that genuine workers had no place in the PPP of today.

Naheed was of the view that there is no place in Zardari league for the workers of Benazir and Zulfikar Ali Bhutto.

"At the time of appointment Nawaz Sharif said Benazir was his sister and that he would arrest her killers," she said. "However, he also followed a policy of reconciliation with Zardari and moved forward," she added.

She said that PPP co-chairman Asif Ali Zardari would not let Bilawal progress further in politics. She said that according to information that she had received through her sources, attempts had been made to change the UN report regarding Benazir Bhutto's assassination.

She alleged that the sacrifices of the party's workers and leaders had been for the party. However, workers had been pushed to the wall.