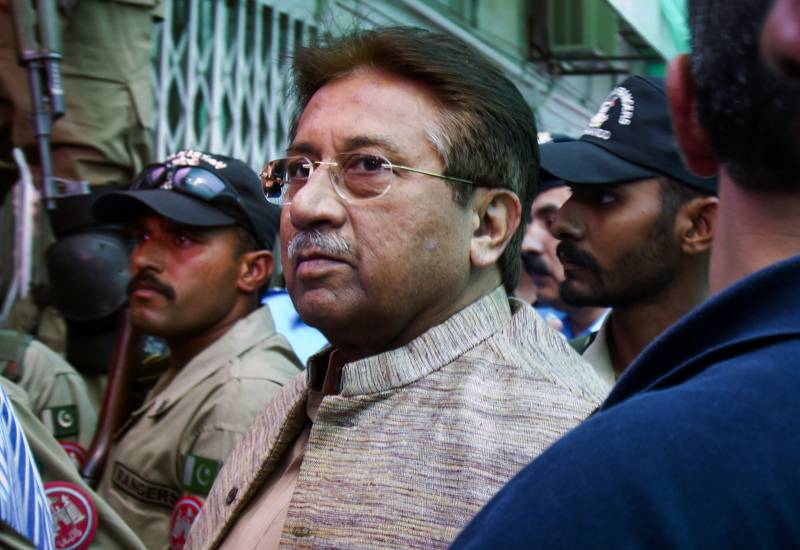 In an interview to a private news channel, former dictator said he never discussed his cases with Raheel, adding that he never sent any request to the former Army chief to help him.

He said that media channels were manipulating his previous statement based on general assumptions.

Earlier, Musharraf has claimed that ex-army chief Gen Raheel Sharif helped him out in leaving the country by keeping the government from pressuring the courts.

“Well he (Raheel Sharif) did help me. I have been his boss and I have been the Army Chief before him... he helped out, because the cases are politicised, they put me on the ECL, they turned it into a political issue,” Musharraf said while talking to a private news channel.

When asked to explain how the recently retired army chief helped him, Musharraf said Gen Sharif played a role in "releasing the pressure" on courts to prevent him from leaving the country. “Not from the judges but from the government. The pressure the government was putting on the courts was removed,” said Musharraf.