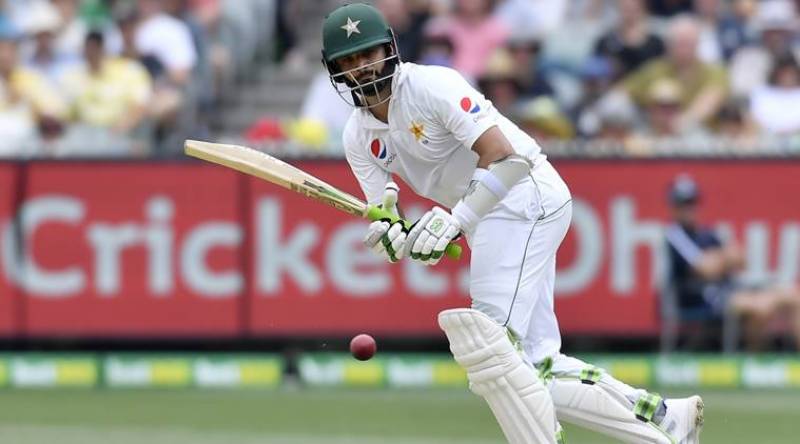 Melbourne (Web Desk): Pakistan resumed their innings from 232-4 on day two of second Australia Test at the Melbourne Cricket Ground on Tuesday (today).

Play resumed after tea from a lengthy rain delay and secured 310 runs for six wickets.

Azhar Ali led a stubborn Pakistan response with a century. Playing in his 56th Test, the opener raised his 12th Test century and third against Australia with two runs behind the wicket to fine leg.

The tourists, who trail 1-0 in the series, went to lunch at 232 for four and went through the extended first session without losing a wicket, with Azhar on 112 and Asad Shafiq not out on 48.

The pair had put on 107 runs for the fifth wicket after the loss of skipper Misbah-ul-Haq for 11 before tea on Monday´s rain-hit opening day.

Azhar’s hundred came off 218 balls in 338 minutes and consolidated his position as Pakistan’s leading run scorer this calendar year.