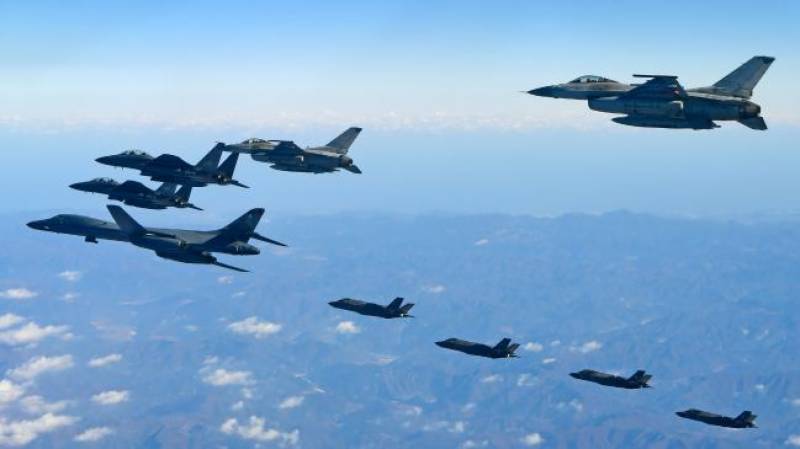 Beijing (Web Desk): China has warned Japan over a controversial plan to buy US F-35B stealth fighter jets for use on its helicopter carriers.

The purchase of the F-35Bs is regarded in Japan as a way of countering China’s growing assertiveness in the region. Beijing wants to expand its territorial claims in the East China and South China Sea because the islands are rich in natural resources and are important strategic posts for navigational and military purposes.

The stealth fighters are reportedly expected to be used to bolster Japan’s ability to defend its islands in the East China Sea; the Senkaku Islands, which are claimed by both Japan and China are at the centre of a long running dispute between the countries.

The fighters can operate from helicopter carriers after modifications are made that will allow the carriers to operate as small aircraft carriers.

However the plan is a major, and controversial policy shift for Japan, which has always maintained that possessing “attack aircraft carriers” would breach its pacifist constitution. Since World War II, the country has held an “exclusively defence-oriented policy”, its constitution vowing to “forever renounce war as a sovereign right of the nation.”

Last night Beijing warned that the move would be frowned on “for historical reasons.” Tokyo used its carrier fleet to attack Pearl Harbour in 1941, sinking most of the US Navy’s battleship fleet and drawing America into World War Two.

China’s Foreign Ministry urged Japan to “adhere to the path of peaceful development and act prudently in security matters”.

“We urge Japan to do more that may help enhance mutual trust and promote regional peace and stability,” spokesperson Hua Chunying said.

While warning Japan against its move, China has deployed a powerful new dredger in the South China Sea to increase the size of the islands it has claimed. China has already built military air strips, munitions warehouses, radar facilities and missile platforms. It has also installed libraries, sports stadiums, cinemas and housing.

According to the Global Times, the state-run English-language daily, China has started building on more than 290,000 square metres of newly reclaimed land this year.

Beijing has also launched two aircraft carriers to patrol the region, with one, Liaoning, embarking on several war games exercises.