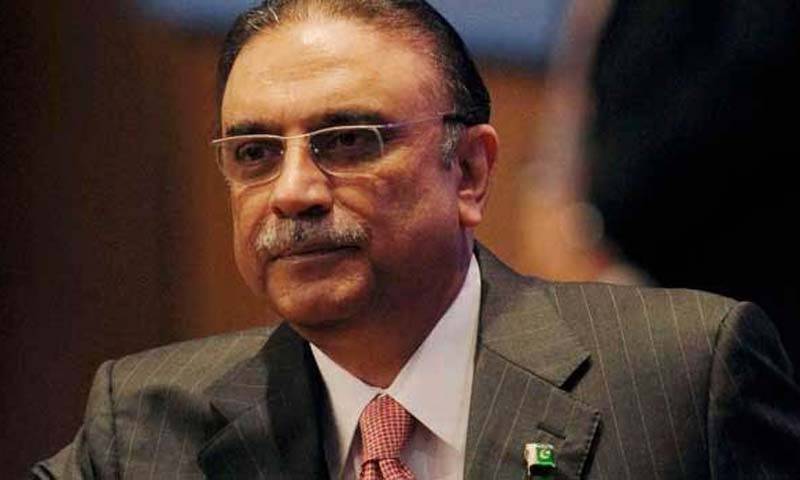 Addressing a press briefing after a federal cabinet meeting in Islamabad on Thursday, Federal Minister for Information Fawad Chaudhry said that taking in view of the report of the Joint Investigation Team (JIT) submitted in the Supreme Court of Pakistan, the federal government has decided to place as many as 172 people on the ECL.

He said that the government has also decided to put Asif Ali Zardari’s name on the ECL in the light of the ongoing money laundering probe against him.

"I hope Zardari will take JIT seriously. This is not the old Pakistan where people will be compromised," he said.  "The independent accountability process will continue.” Fawad added.

Criticising the past governments, the minister blamed that the public offices were used for money laundering.

The information minister said that the provincial assembly elections in FATA will be held in June. "FATA will get constitutional rights. We wanted to take FATA into the mainstream as soon as possible," the minister said.

This is pertinent to mention here that the Supreme Court on December 24 ordered PPP co-chairman Asif Ali Zardari, Bahria Town and Omni groups to submit their reply till December 28 after the JIT hold them responsible in the mega money laundering and fake accounts case.

A two-judge bench headed by Chief Justice of Pakistan Justice Mian Saqib Nisar and comprising and Justice Ijazul Ahsan heard the suo motu case at the SC's Lahore registry and banned the trading and transfers of the properties of the Zardari Group, Bahria Town and Omni Group which are mentioned in a report submitted by the JIT, probing the fake bank accounts case.

As the hearing started, Chief Justice Nisar ordered that the summary of the JIT report be shown on a projector in the courtroom. The chief justice berated the Omni Group owners, including Anwar Majeed who is one of the co-accused in the case.

"It seems that the haughtiness of Omni Group's owners has not diminished," Justice Nisar remarked. "[They have] embezzled the nation's billions and are still misbehaving."

“It seems that they will have to be shifted elsewhere from Adiala jail.” Justice Nisar said and added, “There will be no mercy for Anwar Majid.”

The Federal Investigation Agency (FIA), whose JIT had compiled the report, asked the court to put the names of all the accused on the Exit Control List (ECL).

The chief justice told the FIA official to approach the interior ministry, saying that "they will take a decision regarding the ECL".

The chief justice directed the JIT's report to be forwarded to all the accused, and instructed Zardari's counsel to submit his reply on the report.

The Federal Investigation Agency (FIA) is investigating 32 people, including Asif Ali Zardari and his sister Faryal Talpur in connection with money laundering from fake accounts.