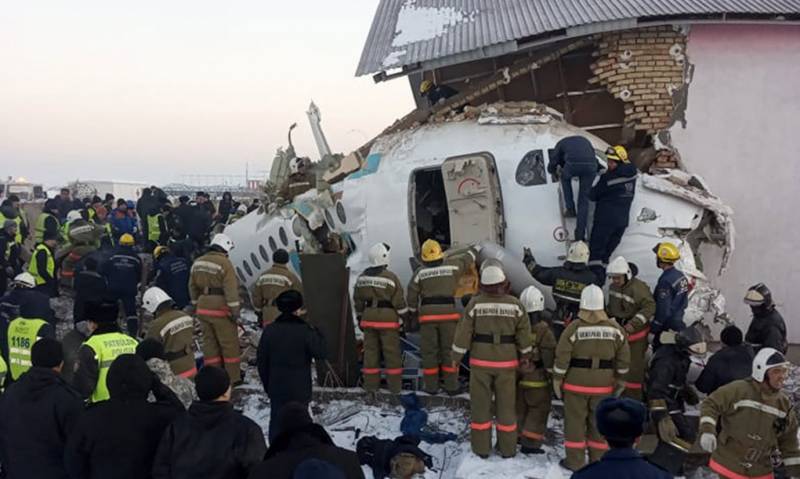 Almaty (Web Desk): At least 14 people died and several others injured when a Bek Air plane with 93 passengers and five crew members on board crashed near the city of Almaty in Kazakhstan on Friday.

According to Kazakhstan's Civil Aviation Committee, the Fokker 100 aircraft, heading for the capital, Nur-Sultan lost altitude during takeoff and broke through a concrete fence before hitting a two-storey building.

Kazakhstan responded to the crash by grounding the Fokker model, which makes up the whole of the Bek Air fleet, and launched an investigation.

Kazakh Prime Minister Askar Mamin has ordered the formation of a commission to investigate the crash.