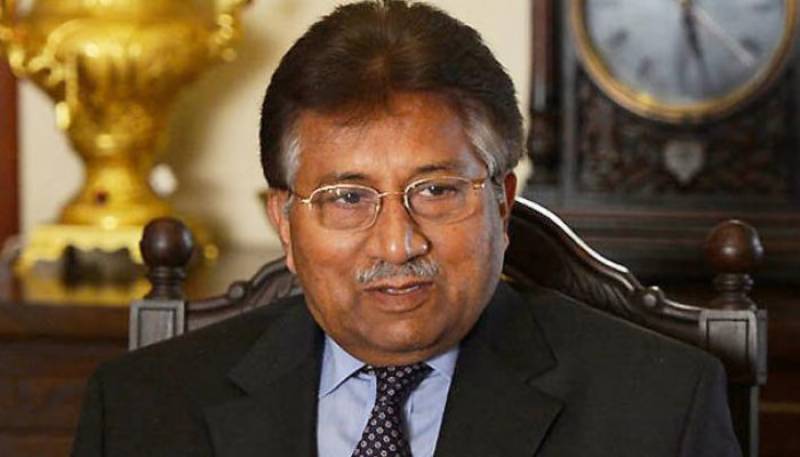 On December 17, a special court in Islamabad sentenced the former military ruler to death for imposing a state of emergency on November 3, 2007.

The petition was filed by Azhar Siddique on behalf of Musharraf in the LHC.

As per the petition, the former president was not given a chance to present his arguments.

It added that the special court "rapidly and hurriedly wrapped up the trial which was far from conclusion".

“The hastily announced judgment is emanating from a prosecution case which suffers, for all intents and purposes from an admitted, noticeable and unexplained delay of over five years from the date of the alleged offence and initiation of proceeding,” the petition stated.

“The then government, by failing to follow the mandated procedure laid down in Section 5 (1) of the Special Courts Act, 1976, lodged the complaint against the applicant in an unlawful manner.

Therefore, the complaint against the applicant is void ab initio. The law clearly prescribes that the special court shall only commence proceedings once a complaint of high treason is completely filed by the ‘federal government’.”

The petition also challenged paragraph 66 of the special court’s verdict, which read, "We direct the law enforcement agencies to strive their level best to apprehend the fugitive/convict and to ensure that the punishment is inflicted as per law and if found dead, his corpse be dragged to the D-Chowk, Islamabad, Pakistan, and be hanged for three days”.

Israel strikes Hamas sites in Gaza over fire balloons, first since May ceasefire

The petition states, "The honourable respective president of the special court has crossed all religious moral, civil and constitutional limits, while ruthlessly, irreligiously, unlawfully, unrealistically awarding a debilitating, humiliating, unprecedented and against the dignity of a person sentence”.

“The wordings in paragraph 66 of the impugned judgement, although holding minority view, are still an exercise of languages which directly violates Article 2 of the code of conduct to be observed by the judges,” the petition read.

It added that Justice Nazar Akbar in his dissenting note had mentioned that the actions taken by Musharraf on November 3, 2007 can be termed illegal and unconstitutional but they cannot be tantamount to treason.

“The importance of examining the accused in a criminal trial is enormous and any lapse, failure or omission to fulfill this requirement adversely affects the prosecution case”.

The special court did not take “into consideration that no actions detrimental to the national interest were taken by the applicant”.