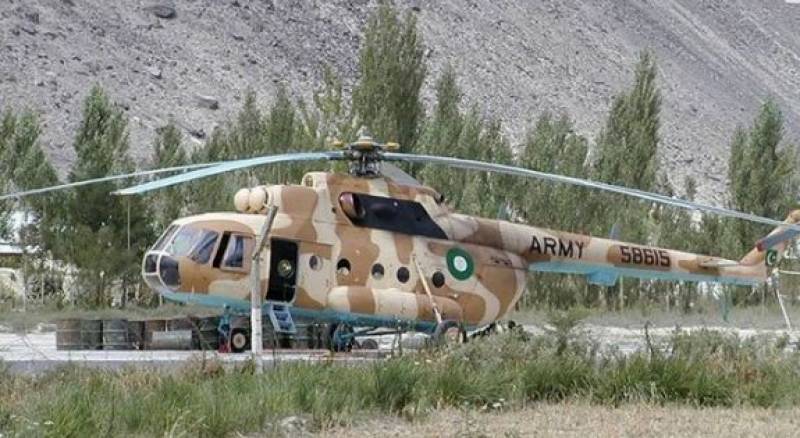 Gilgit Baltistan (Web Desk): At least four personnel of Pakistan Army martyred after a helicopter crashed due to technical reasons in Minimarg area of Gilgit Baltistan.

According to ISPR, the helicopter was evacuating body of shaheed soldier Sepoy Abdul Qadeer to CMH Skardu when it crashed due to some technical fault.

Gilgit-Baltistan Governor Raja Jalal Hussain Maqpoon and Chief Minister Khalid Khurshid have paid homage to the officers and soldiers of the Pakistan Army who embraced Shahadat in helicopter crash.