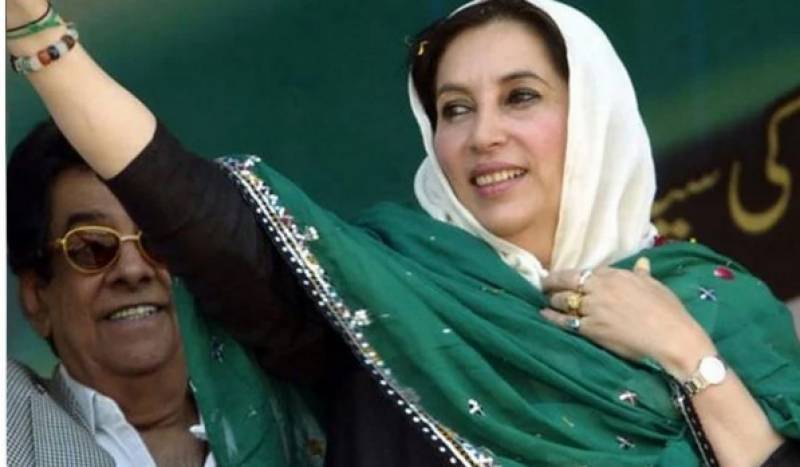 Former chairperson of the Pakistan Peoples Party (PPP) and two-time ex-prime minister of Pakistan, Benazir Bhutto was assassinated in a gun-and-bomb attack in Rawalpindi's Liaquat Bagh on December 27, 2007.

Benazir Bhutto was campaigning for the party in the 2008 general elections when she was targeted and killed.

PPP Sindh had finalized arrangements to observe the death anniversary of Benazir Bhutto and announced that the COVID-19 standard operating procedures (SOPs) would be followed on the occasion.

Stringent security arrangements had been made and thousands of policemen and Rangers personnel were deployed to maintain law and order. Separate camps had been set up to accommodate leaders and workers from all four provinces, Gilgit-Biltistan, the Northern Areas and Azad Kashmir.

Caravans from across the country reached Garhi Khuda Bakhsh to attend the main ceremony.

Meanwhile, PPP Punjab also organised a central ceremony at its offices in Lahore, Rawalpindi and South Punjab to pay tributes to Benazir Bhutto for her services for democracy.

As per a statement issued by the media cell of Bilawal House, the PPP chief in his message on the 14th martyrdom anniversary of Shaheed Mohtarma Benazir Bhutto (BB) further said that Benazir Bhutto was an ideal world leader who showed great courage in her mission to achieve democracy in Pakistan.

“The nation will never forget her national spirit, long struggle and strong leadership”, he added.

The PPP chief said that BB’s struggle to make the country a true welfare state in the light of the thoughts and vision of our founding ancestors is historical.

“The assassination of Shaheed Mohtarma Benazir Bhutto in Rawalpindi was not just the murder of a dream to save the people from poverty, unemployment and injustice, but a conspiracy to kill the entire nation,” Bilawal said.

He pointed out that the heinous conspiracy was foiled by former President Asif Ali Zardari with the slogan “Pakistan Khappay”.

Bilawal Bhutto said that Shaheed BB was a universal figure and a people’s leader who promoted unity, harmony and progressive thinking in Pakistan and protected the political and economic rights of the people.

“As the prime minister, she introduced people-friendly policies in the country despite fierce opposition and obstacles, Bilawal said, adding that Shaheed Mohtarma Benazir Bhutto took innumerable steps for the service of the public, and also highlighted the true image of Pakistan on an international level”.

He said that for democracy, Shaheed Mohtarma Benazir Bhutto lost her father, two brothers and even her mother. But she never feared the dictators. She kept fighting for democracy till the last hour of her life and in the end, achieved martyrdom.

“Today is the day to make a pledge to eradicate terrorism and extremism from Pakistan, and to continue the struggle of strengthening democracy, supremacy of the Constitution and Parliament, and social equality. There can be no other way to pay homage to Shaheed Benazir Bhutto,” the PPP chief said.