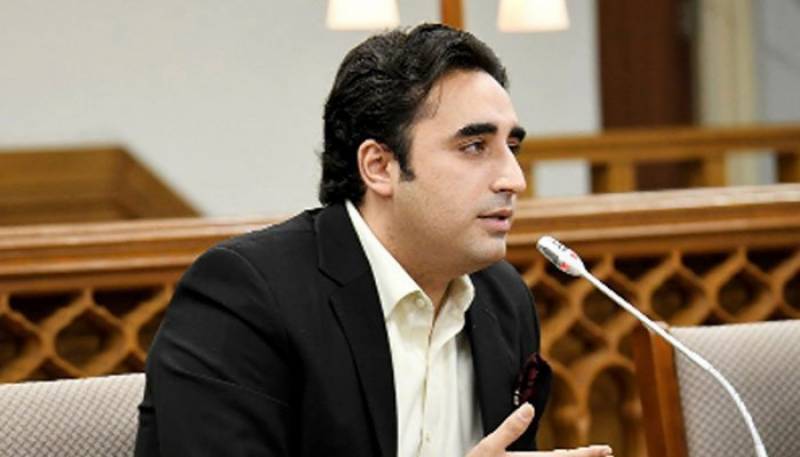 Addressing a public gathering on the occasion of 14th death anniversary of slain former prime minister Benazir Bhutto in Garhi Khuda Bakhsh, he said We need to fulfil the dream of Benzair Bhutto and revive this party across the country to restore the rule of real democratic forces.

Bilawal said that that in Pakistan, there is no freedom of speech, freedom of living, or even breathing.

“We had said that democracy is the best revenge and hence, we restored the system despite all the ill-practices,” the PPP chief said, adding that democracy was snatched from the people of Pakistan.

Biawal that PPP fought terrorism while the incumbent government is negotiating over the blood of Army Public School (APS) martyrs, adding that the prime minister and president of Pakistan have surrendered in front of terrorists.

Shedding light on the economic potential of Pakistan, he said that the PPP took over the country’s economy at a time when there was an economic crisis around the world.

“18th Amendment can bring mega energy projects in Thar desert,” Bilawal stated, adding that there are metro buses in Punjab, because of the 18th amendment.

“After PPP left the federal government, implementation of the 18th amendment was stopped,” he stated.

He said that Pakistanis are bearing the burden of a puppet and selected government.

"We have to take our message to every corner of the country," he said, announcing that the PPP central executive committee would establish its base in Lahore on January 5, on the birth anniversary of late party founder and former prime minister Zulfikar Ali Bhutto.

Addressing the gathering, PPP Co-Chairperson Asif Ali Zardari said that the PPP would form the next government in the country.

"Your fortunes and those of the poor will change. And Bilawal will change those fortunes," he said, adding that they were trying their best to fulfill the promises made to Benazir and Zulfikar Ali Bhutto.

The 14th death anniversary of former premier Benazir Bhutto was observed on Monday.

Former chairperson of the PPP and two-time ex-prime minister of Pakistan, Benazir Bhutto was assassinated in a gun-and-bomb attack in Rawalpindi's Liaquat Bagh on December 27, 2007.

She was campaigning for the party in the 2008 general elections when she was targeted and killed.

Stringent security arrangements were made and thousands of policemen and Rangers personnel will be deployed to maintain law and order.

Separate camps had been set up to accommodate leaders and workers from all four provinces, Gilgit-Biltistan, the Northern Areas and Azad Kashmir.

Caravans from across the country reached Garhi Khuda Bakhsh to attend the main ceremony.