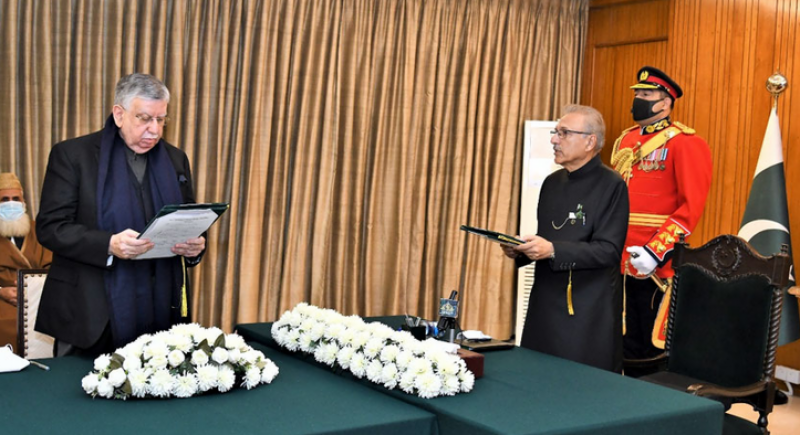 According to details, President Dr Arif Alvi administered the oath in a ceremony held at Aiwan-e-Sadr, Islamabad.

In a statement, he said Shaukat Tarin's efforts are commendable for stabilizing economy, poverty alleviation and promotion of construction industry in the country under the vision of the Prime Minister.

Fawad expressed the confidence that Shaukat Tarin will play an important role in economic progress of the country. He said the business community has expectations from the finance minister.

On December 20, Shaukat Tarin won the by-election for a general seat in the Senate from Khyber Pakhtunkhwa (KP).

Tarin had secured 87 votes while Shaukat Jamal Ameerzada of the Awami National Party (ANP) and Zahir Shah of the Jamiat Ulema-e-Islam-Fazl (JUI-F) secured 13 votes each.