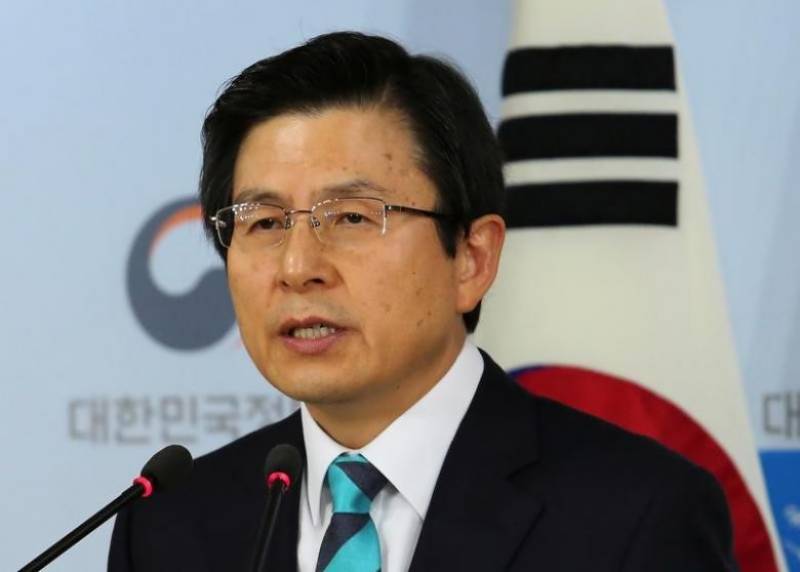 Seoul, South Korea (Reuters): South Korean special prosecutors investigating impeached President Park Geun-hye were denied permission to extend their probe and question her in person on Monday amid a graft scandal that threatens to topple her from office.

The spokesman Lee Kyu-chul told reporters, the special prosecutor's office will make its final indictments before its investigation into the scandal, which has engulfed the highest levels of politics and business in South Korea, closes on Tuesday.

A Constitutional Court ruling on whether to uphold the impeachment, which would result in South Korea's first democratically elected leader being thrown from office, is expected next month.

The office of Prime Minister Hwang Kyo-ahn, acting as president since Park was impeached by parliament in December, said Hwang had rejected a request by prosecutors for a 30-day extension of their investigation.

Lee said, "The special prosecutor's office regrets that the in-person questioning of the president could not happen and is deeply disappointed by the outcome."

He further added that the sticking point had been over the presidential office's refusal to allow audio or video recordings of the questioning, resulting in a breakdown in negotiations last week. Prosecutors had sought to question Park as a suspect, he said.

The corruption scandal erupted last year over accusations that Park colluded with a friend, Choi Soon-sil, to pressure big businesses to donate to two foundations set up to back the president’s policy initiatives.

The scandal has led to weekly protests by tens of thousands of Koreans, not only those who want Park gone but also some who want to see her stay in power and blame North Korean agents for the political instability.

Park, 65, was stripped of her powers after parliament's impeachment. She cannot be prosecuted while she remains president.

The scandal has also engulfed Samsung Group, South Korea's largest chaebol, or conglomerate. Jay Y. Lee, the head of the smartphones-to-biopharmaceuticals conglomerate, was arrested on Feb. 17 on suspicion that he had pledged bribes to a company and foundations backed by Choi to curry favor.

Park reiterated in a statement to the Constitutional Court read by her lawyer on Monday that she did not act in self-interest while in office. She also denied making improper demands or receiving illicit requests from Samsung.

Prosecutors could issue up to another 15 indictments on Tuesday, including of Lee and other Samsung Group executives. Their findings were expected to be disclosed by Friday at the latest.

Hwang's office said the special prosecution investigation had served its purpose and it was in the country's best interests for it to conclude as scheduled on Tuesday.

Hong Kwon-heui, a spokesman for Hwang said, "After much deliberation, the acting president has decided that it would be best for the country's stability to not extend the special investigation and for the prosecutors to take over."

Hwang, who was appointed prime minister by Park in 2015, is seen as a potential candidate if Park's impeachment is upheld, which would trigger an election.

However, soon after announcing there would be no extension of the investigation, Hwang found himself dragged into the scandal when the two main opposition parties said they would seek his impeachment too.

Should the Constitutional Court uphold parliament's impeachment of Park, South Korea would hold an election within 60 days.