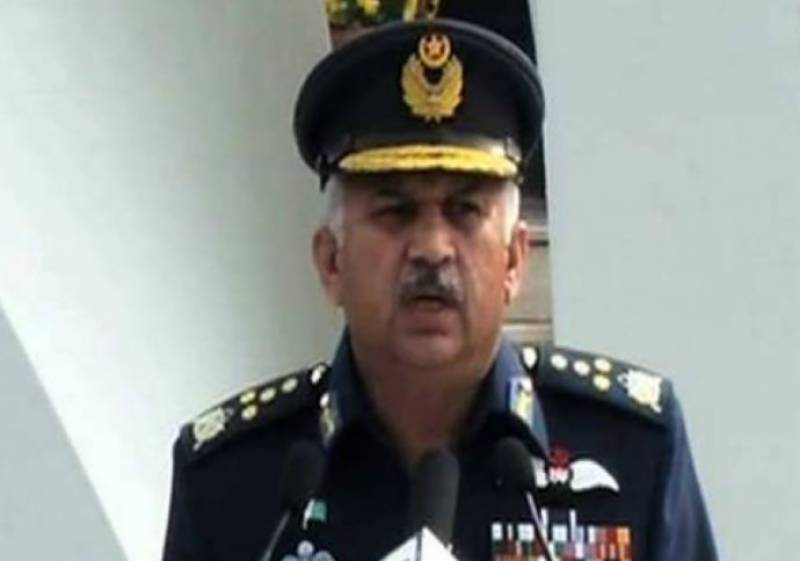 Islamabad (Web Desk): Air Chief Marshal Mujahid Anwar Khan on Thursday said that Pakistan Air Force (PAF) will not make any compromise on the sovereignty and territorial integrity of Pakistan.

Addressing a ceremony held in connection with Surprise Day in Islamabad, the air chief said that the PAF, along with other services, is fully prepared to counter any threat to the country.

Mujahid Anwar Khan said that Pakistan Air Force is professionally second to none and the force proved its professional superiority on this day last year during Operation Swift Retort.

“We stood as an integrated force that is hard hitting and focused on its mission”, the air chief said.

Mujahid Anwar Khan said that the PAF is one of the most respected and responsible air force of a peace-loving country.

He pointed out that prior to the Indian aggression; our leadership had made it amply clear that no misadventure will ever go un-responded.

“Responding to the aggressor is our compulsion and we reiterate that commitment once again today”, he said. The air chief said Pakistan remains committed to the just cause of Kashmiri people for their right to self-determination.

On the occasion, the PAF fighter jets also presented a splendid fly past amidst the applause of the audience.

It was on this day (February 27) last year when the PAF carried out Operation Swift Retort and shot down two Indian Air Force (IAF) fighter aircraft.

The operation resulted in the capture of an Indian pilot, Wing Commander Abhinandan Varthaman, after his Mig-21 was shot down. The pilot was later handed over to Indian authorities as 'a goodwill gesture'.

Throughout the crisis, Pakistan Armed Forces displayed full combat readiness and acted with a high degree of inter-service harmony.

Pakistan's actions during the standoff demonstrated that aggression towards motherland will not be tolerated and the armed forces are ever ready and fully capable to foil any kind of aggression.

To mark the day, the PAF staged an impressive air show at sea view beach in Karachi.

The air show included special fly pasts and formations by F-16, Mirage and JF-17 Thunder jets while PAF helicopters also presented a fly past to pay tribute to the armed forces.