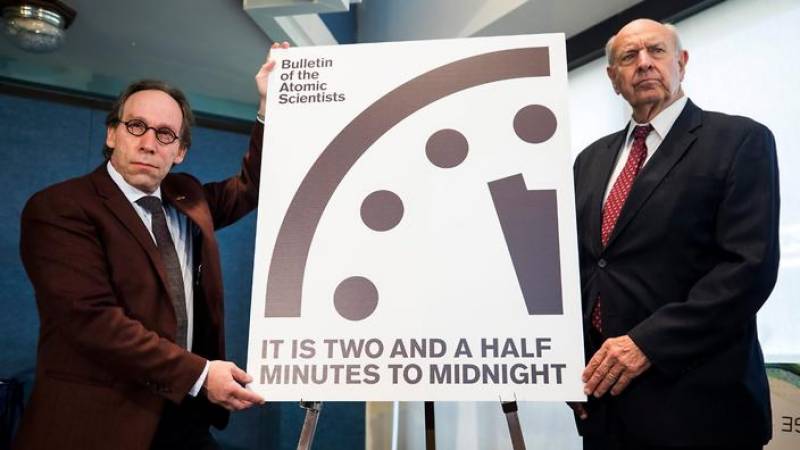 Washington (Online): After Trump’s comments on Nuclear and climate change threats are posing strong threats to the planet earth and a metaphor “doomsday” clock will stay at three minutes to midnight, the Bulletin of the Atomic Scientists warned on Thursday.

The Doomsday clock serves as a symbol for how close humanity is to destroying the planet earth, and was most recently moved closer to midnight in 2015.

During a press conference in the US capital, executive director of the Bulletin of the Atomic Scientists Rachel Bronson said, “It remains the closest it has been over the past 20 years”.

He told reporters, the decision not to change the clock since 2015 is “not good news”.

Experts expressed after analysis that despite fewer positive news last year, including the Iran nuclear agreement and the Paris climate talks, concern regarding global nuclear arsenals are growing and anti-pollution pledges lack teeth.

Krauss said, “The fight against climate change has barely begun, and it is unclear if the nations of the world are ready to make the many hard choices that will be necessary to stabilize the climate and avert possible environmental disasters”.

The decision to move the clock or not is led by a group of scientists and intellectuals, including 16 Nobel Laureates.

The last time it was three minutes to midnight was in 1983, when the Cold War between the United States and the Soviet Union was at its peak.