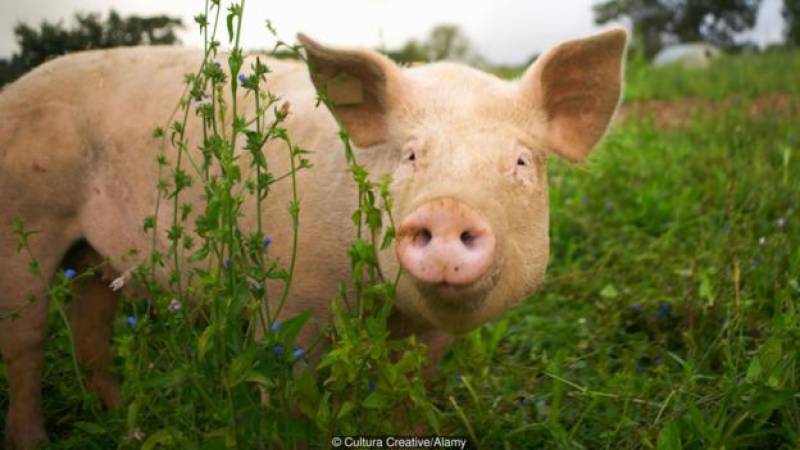 California, USA (Web Desk): “Human muscle cells to grow inside a Pig,” the statement sounds like a sci-fiction film, but it's real.

An experiment reported in the journal ‘Cell’ show that scientists have now managed to acquire human cells to grow inside a pig embryo.

According to scientists, the first step was to see even if human cells could be grown in another species. It's an important question in the field of organ transplantation, since a worldwide shortage of most organs - including hearts, lungs, livers and kidneys - means many people who dreadfully need them won’t obtain them and will certainly face death. Growing human tissues in a lab dish is possible, but extremely inefficient.

Professor at the Salk Institute and senior author of the new study, Juan Carlos Izpisua Belmonte says, “Scientists are not that great at imitating nature”.

Belmonte and his team put human stem cells, which are planned to become any of the dozens of cells that make up the human body, into the embryos of pigs and develop them for four to five weeks. The idea was to allow the natural system of development run its course, letting the mix of genes, enzymes and proteins direct the early embryo cells to specialize into heart cells, skin cells and more. The embryos were then premeditated to see if any of the human cells grew and survived.

It is the latest experiment that Belmonte’s group has conducted in this area of "human-animal chimera" research.

It’s just the very first step in a long journey toward eventually growing human organs in other species such as pigs, but Belmonte says the encouraging results show that it’s possible. Such work is analyzed carefully by government and ethical groups, since there is a real concern about what happens if the human cells, for example, began developing in the pig’s brain.

Belmonte conducted his current study with human cells with collaborators in Spain, where regulators allowed Belmonte to have pregnant sows carry the embryos containing human cells to just before birth.

According to Belmonte, he is in no rush to allow the embryos to come to full term. Even at four weeks old, he says, the embryos provide the significant information that human cells can be incorporated and grow in a pig embryo. Now he hopes to keep the studies continue to better understand what makes the human cells grow and how to ensure they develop in the right way.

He says doing so may one day help make growing human organs in other species a safe and healthy possibility for organ transplants.