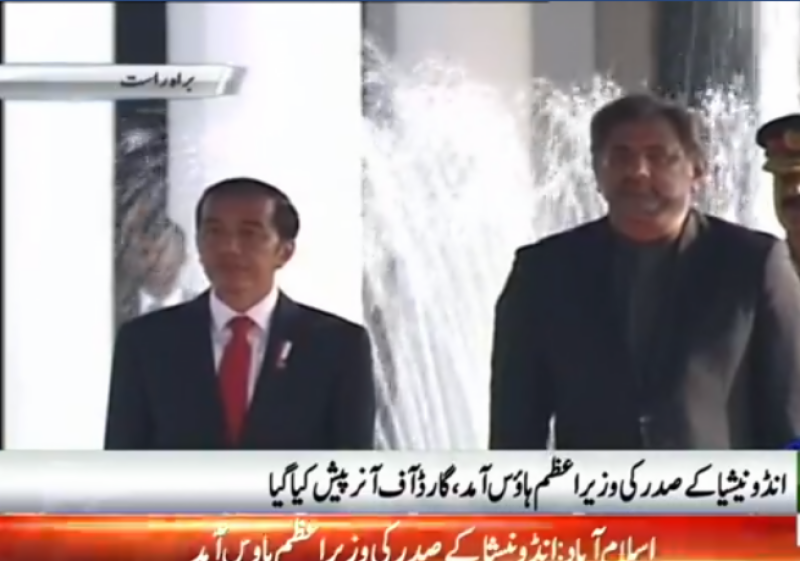 Islamabad (Staff Report): Indonesian president Joko Widodo on Saturday reached Prime Minister House where Shahid Khaqan Abbasi received him and a guard of honour presented by smartly-turned out personnel of the armed forces.

As per details, the national anthems of both countries were played and the country heads shook hands with other dignitaries.

He was received by his Pakistani counterpart President Mamnoon Hussain.

A 21-gun salute heralded the arrival of President Widodo as he landed at Nur Khan Airbase, accompanied by First Lady Iriana Widodo , ministers, and a business delegation.

During his visit, Widodo would address a joint session of the parliament. President Hussain will hold a state banquet for the visiting dignitary.

According to Foreign Office, President Widodo 's visit will contribute towards strengthening existing fraternal ties between the two countries.