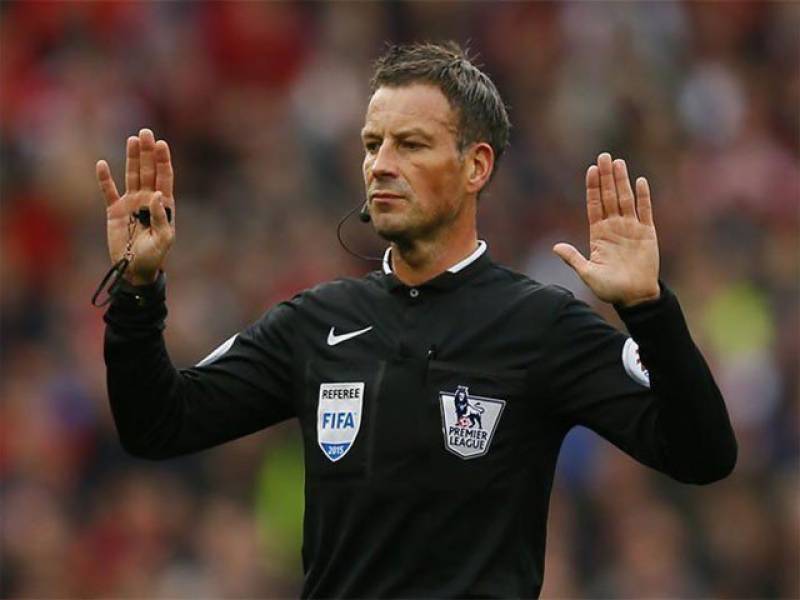 Clattenburg was officiating a match in Saudi Arabia between Al Feiha and Al-Fateh on Wednesday when the Adhan sounded around the King Salman Sport City Stadium from nearby mosques.

The game was into the fifth minute of extra time when he halted the action with the teams level at 1-1.

When the match resumed, Al Feiha scored their second goal in the 118th minute to reach the quarter-finals.

On a clip viewable on social media there is a round of applause for the decision and people have posted their admiration for Clattenburg's actions: 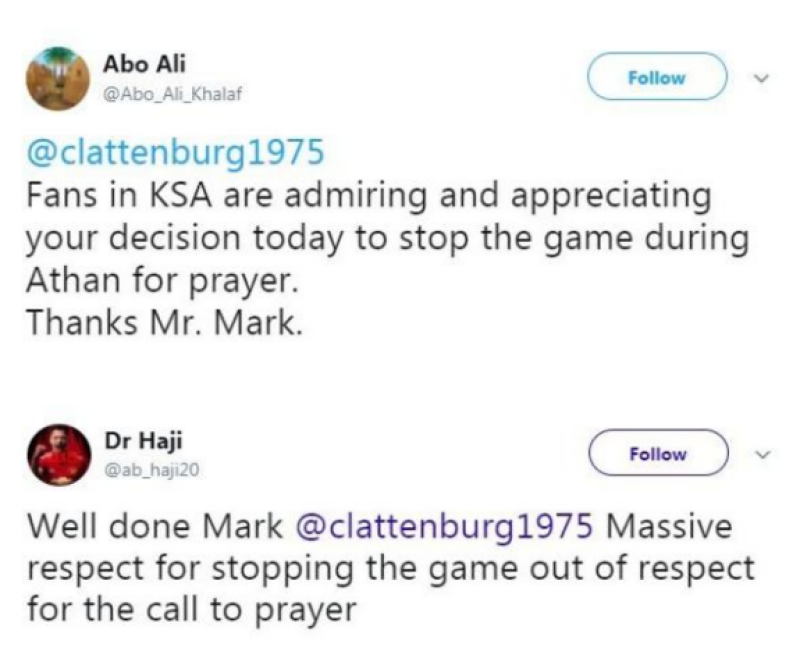 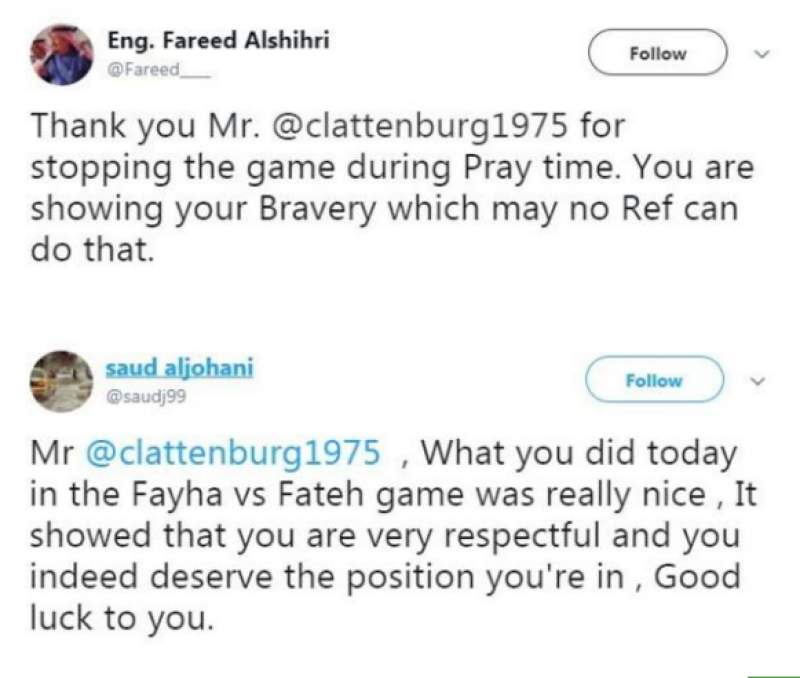