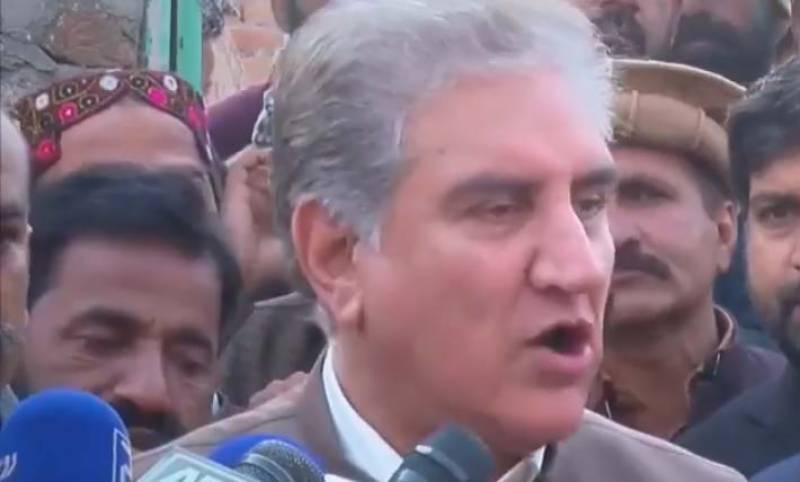 Multan (Staff Report/Agencies): Foreign Minister Shah Mehmood Qureshi has said that Pakistan played an important role in bringing the US and the Taliban to the negotiation table.

Speaking to reporters in Multan on Sunday, the foreign minister said Pakistan’s stance for a negotiated settlement to the Afghan conflict had been vindicated.

He said United States Senator Lindsay Graham had admitted that Islamabad had the right approach for peace in Afghanistan. “This is a milestone in Pakistan’s foreign policy domain,” said Qureshi.

The United States and the Taliban said on Saturday they had made substantial headway in negotiations to end the 17-year US war in Afghanistan, although sticking points remained.

The two sides admitted “progress on vital issues” in their talks, albeit the insurgents said there was no agreement on ceasefire or talks with the Afghan government, which they deride as American puppet.

Zalmay Khalilzad, who was named by President Donald Trump’s administration to find a way out of the war, held negotiations with Taliban representatives at their political office in the Persian Gulf state of Qatar for six days, much longer than planned and longer than any previous attempt to end the bloody conflict.

"Meetings here were more productive than they have been in the past. We made significant progress on vital issues," Khalilzad wrote on Twitter.

"We will build on the momentum and resume talks shortly. We have a number of issues left to work out," he tweeted.

Subsequently, Khalilzad left the Qatari capital of Doha for consultations in Kabul.