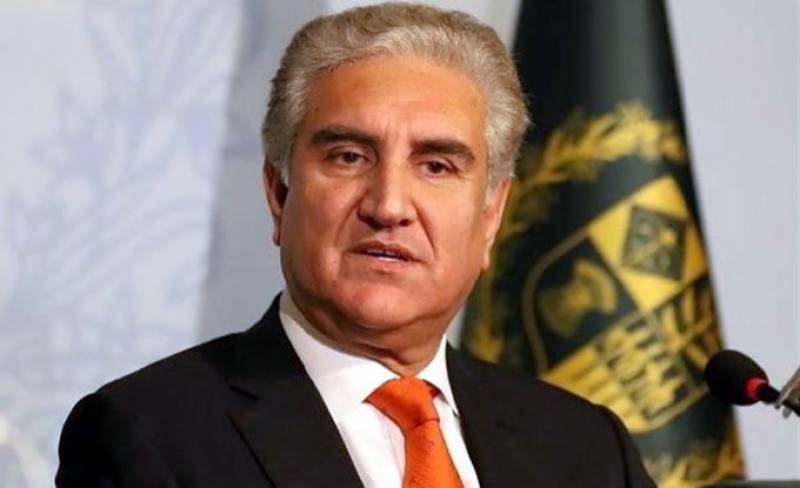 Islamabad (Web Desk): Foreign Minister (FM) Shah Mahmood Qureshi on Thursday said that Pakistan and China have always stood by each other in difficult times.

In a statement regarding the upcoming visit of Prime Minister Imran Khan to Beijing, he said we have exemplary relations with China and nobody can deny the significance of this relationship.

The Foreign Minister pointed out that a special task force was constituted to take forward the China-Pakistan Economic Corridor (CPEC) and other joint projects with China.

He said the task force chaired by Prime Minister Imran Khan held several round of discussions and now a strategy has been prepared on the basis of which talks will be held with the Chinese leadership.

FM Qureshi said that the main aim of PM Imran's visit is to attend Beijing's Winter Olympics and expressed solidarity with China as some countries have boycotted the event.

Shah Mahmood Qureshi, however, said Prime Minister Imran Khan will meet the Chinese president and the premier on the sidelines of the Winter Olympics.

“Our foreign policy is focused on economic diplomacy to achieve economic stability and bring prosperity in the lives of the people,” FM Qureshi said.