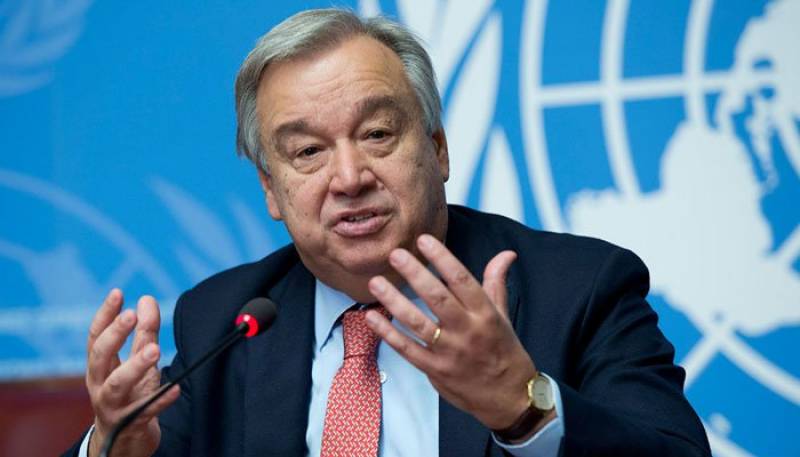 United Nations (Reuters): U.N. Secretary-General Antonio Guterres said on Wednesday he is concerned about the risk of violence escalating in the Old City of Jerusalem, where recent clashes between Israelis and Palestinians have been the bloodiest in years.

Guterres said in a statement, "I am particularly concerned about the potential risk of escalating violence, urge all political, religious and community leaders to refrain from provocative action and rhetoric, and call on Israel to demonstrate restraint."

A tense standoff has been underway between Israel and Muslim worshippers at the holy site despite the removal of metal detectors on Tuesday, with concerns of major unrest later this week if no resolution is found.

Newly installed railings and scaffolding where cameras were previously mounted have now also been removed from at least one main entrance to the Haram al-Sharif compound, known to Jews as the Temple Mount.

It was unclear whether Muslim authorities would now grant approval for worshippers to re-enter the site, which houses the revered Al-Aqsa mosque and the Dome of the Rock.