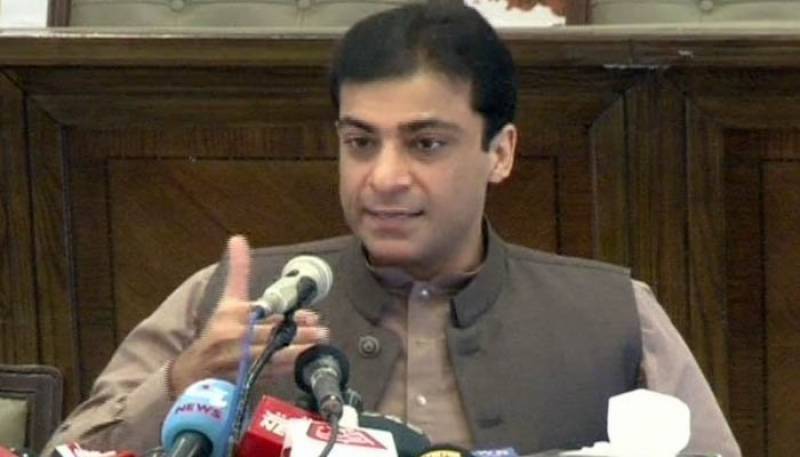 Addressing a press conference in Lahore on Friday, Hamza said PML-N has emerged as the biggest party in Punjab after winning the most seats in the provincial assembly and will form the government.

He added that his party was contacting the independent winners to gain their support for forming the government in the province.

Hamza while thanking people for their support for PML-N, Hamza said his party wanted democracy to flourish in Pakistan.

The PML-N leader said the PTI was allowed to form its own government in Khyber Pakhtunkhwa in the 2013 elections.

Hamza Shehbaz warned of strong reaction if the PML is barred from making the government. He alleged their mandate was stolen through pre-poll rigging, adding that they will expose the reality.

He slammed the ECP for the delay in election results, and mocked its Results Transmission System (RTS) software.

Hamza resolved that the PML-N will continue to fulfill its constitutional duties under the leadership of Nawaz and Shehbaz.

According to results declared by Election Commission of Pakistan, Imran Khan’s Pakistan Tehreek-e-Insaf (PTI) has emerged as leading the NA tally with 116 NA seats in general elections hel on July 25.

In Punjab, the results show that PML-N is leading in 127 constituencies of Punjab Assembly followed by PTI with 122 seats and 29 constituencies won by independent candidates.

The number of seats won by other parties is: Pakistan Muslim League-Q 7, Pakistan Peoples Party 6 and the PML-Functional, Balochistan Awami Party and Pakistan Awami Raj one each.