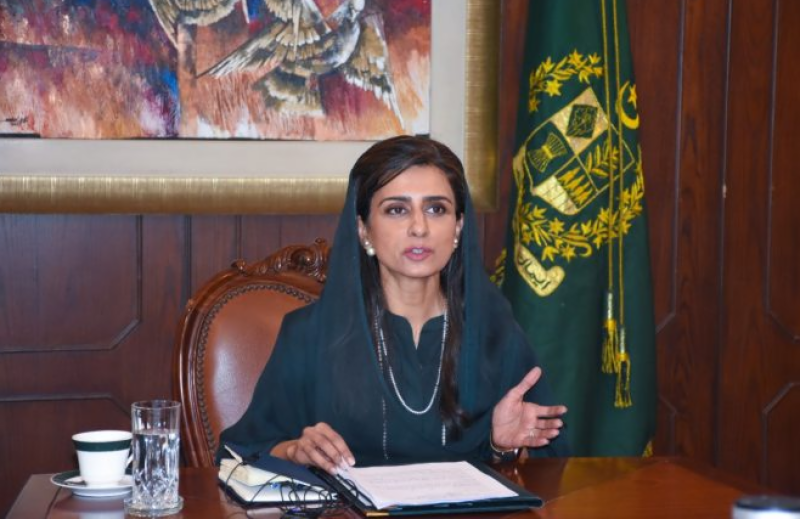 The MoS called for creating a conducive environment for trade through facilitative legal frameworks, and equal opportunities for investment and business.

She underscored that Pakistan’s vision of geo-economics had socio-economic growth, connectivity, and development at its core.

Through cooperation and partnerships, the D-8 countries can realize their true economic potential.

Khar highlighted that Pakistan’s location afforded critical overland and maritime connectivity to key regions of Asia – Central Asia, South Asia, the Middle East and China, that made Pakistan geo-politically among the most pivotal states in the world.

"We were confident that through the China-Pakistan Economic Corridor (CPEC), this geo-political asset will rapidly turn into a geo-economic dividend," she underlined.

The foreign minister of Bangladesh, in his capacity as the Chair of the Council of Ministers, presided over the meeting. foreign ministers of Türkiye and Iran, and Minister of State of Nigeria, alongside senior officials from Egypt, Indonesia and Malaysia, also participated in the meeting.

The council meeting was preceded by the 45th Session of the D-8 Commission which adopted a series of major decisions building on the progress achieved.

One of the key decisions taken by the Council was to fully operationalize the Preferential Trade Agreement by 31 October 2022 with a view to achieving the intra-D-8 trade target of US $500 billion agreed under the Decennial Road Map 2020-30.

The ministers agreed on the need to enhance financial and human resources for the D-8 Secretariat. The meeting also tasked the Secretariat to further review project proposals for financial support by the D-8 member states.

The meeting acknowledged with appreciation the desire of the Republic of Azerbaijan to become a member of the D-8.

The ministers agreed to hold a Special Session of the D-8 Commission in October this year to make final recommendations with regards to the criteria for accession of new Member States to the D-8.

A report to this effect will be considered for adoption by the next Council of Ministers session.

The Year 2022 marks the 25th anniversary of the establishment of D-8.

Housed in Istanbul, the Organization is currently led by Ambassador Isiaka Abdulqadir Imam of Nigeria, who assumed the position of Secretary-General on 1 January 2022.