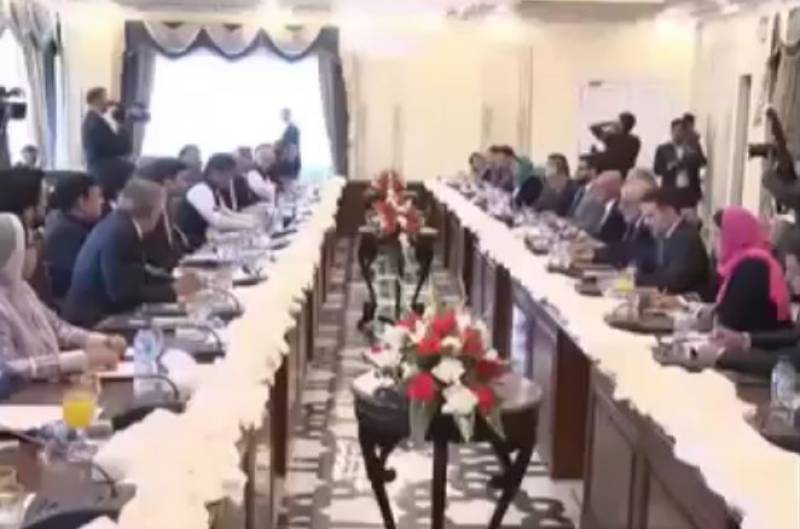 Islamabad (Web Desk): Pakistan and Afghanistan have agreed to open a new chapter of friendship and cooperation based on mutual trust and harmony for the benefit of the two peoples and countries and for advancing the cause of peace, stability and prosperity in the region, the Radio Pakistan reported.

The agreement came during a one-on-ne meeting between Prime Minister Imran Khan and President Ashraf Ghani in Islamabad on Thursday, followed by delegation-level talks.

According to the declaration issued after the meeting, the two leaders exchanged views on the entire gamut of bilateral relations. They agreed on the importance of crafting a forward-looking vision of Pakistan-Afghanistan relations.

“An Afghan-led and Afghan-owned peace process was the only viable option to end decades-long conflict in Afghanistan and Pakistan supports a result-oriented intra-Afghan dialogue,” the PM underlined.

PM Khan underscored Pakistan's respect for the sovereignty and territorial integrity of Afghanistan and its commitment to stand by the Afghan people at this crucial juncture.

He added that Pakistan remains committed to a peaceful, stable, democratic and prosperous Afghanistan and wishes to have stronger political, trade, economic, and people-to-people relations with Afghanistan.

The two leaders agreed that enduring peace in Afghanistan would bring rich economic dividends to both the countries.

They reaffirmed their commitment to work together to broaden and deepen bilateral trade, streamline transit trade, and strengthen efforts for connectivity.

It was recognized that early completion of major energy connectivity projects such as Central Asia-South Asia electricity transmission line and Turkmenistan-Afghanistan-Pakistan-India gas pipeline will bring long-term economic benefits to the countries involved. Further ways of strengthening trade, infrastructure and energy connectivity were explored.

It was agreed to optimally utilize the existing mechanisms, including Afghanistan-Pakistan Transit Trade Coordination Authority and Joint Economic Commission, to remove difficulties in transit and bilateral trade and to explore new possibilities of mutually-beneficial economic and commercial relations.

There was also an exchange of views on regional issues.