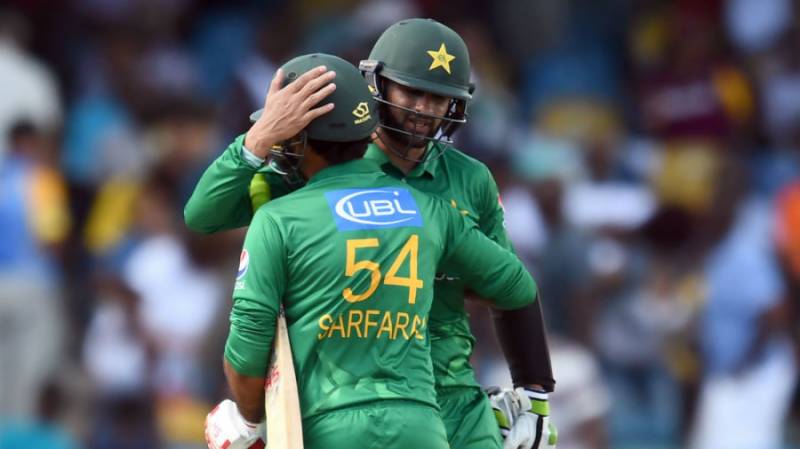 Barbados: Expected to be a thriller, but it never happened. Pakistan defeat West Indies by 6 wickets. West Indies never seemed to be in the league after a shaky start. The debutant Shadab Khan shines and claimed 3 major West Indian wickets. There was a little fire by Brathwaite down the order who registered 37 runs of 27 but there was no actual support for him. West Indies were reduced to 111 at the loss of 8 wickets in 20 overs.

For Pakistan it was an easy go. The top order gave a solid start as Kamran Akmal and Ahmed Shahzad registering 22 and 13 runs respectively. Babar Azam proved his selection by scoring 29 But it was Shoaib Malik who scored a blitz of 38 off 29 runs. Pakistan made 115 at a cost of four wickets and claimed the first T20.