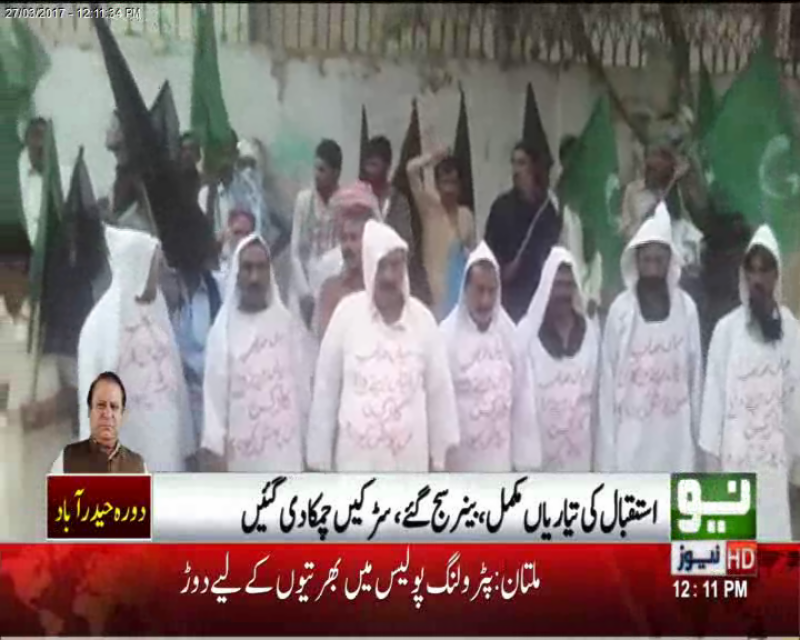 According to details, ASP headquarters tried to disperse the crowd by negotiating with furious workers, later police arrested 30 workers of PML-N who were not ready to negotiate.

Senior worker of PML-N Makhdoom Atta Hussain said, "We are facing democratic dictatorship despite the so-called eradication of army dictatorship and party leadership has appointed those workers in Sindh who were not part of the party in the past.

He said, workers of Sindh based PML-N have been putting their efforts to resolve their issues instead of depending on main leadership of PML-N, only a small portion of the party is enjoying the benefits while others are being ignored.