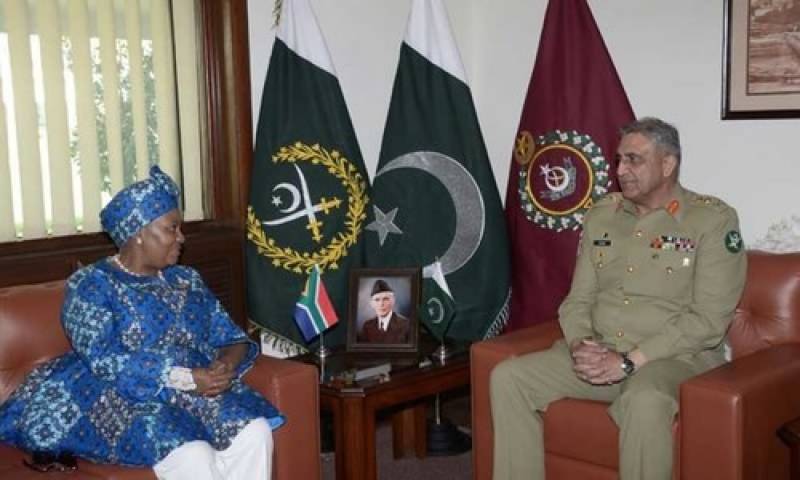 The ISPR statement said that the two exchanged views on issues to enhance bilateral cooperation especially in the field of defence production and security cooperation between both countries and the overall regional security situation during the meeting.

The minister lauded Pakistan Army’s efforts in eliminating terrorism from the country, the statement added.

Earlier, on arrival at GHQ, Nqakula laid a floral wreath at the Yadgar-e-Shuhada monument which commemorates the sacrifices of Pakistan's armed forces. A Pakistan Army contingent also presented a guard of honour to the visiting dignitary.