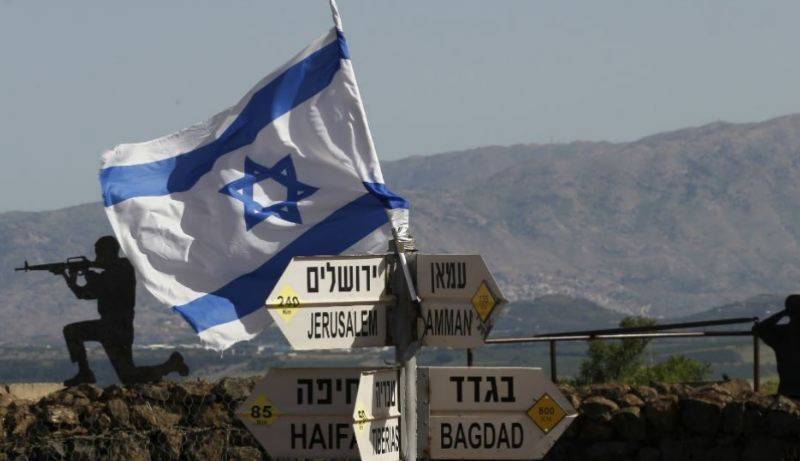 Belgium, Britain, France, Germany and Poland insisted that the European position had not changed and that the Golan remained Israeli-occupied Syrian territory, in line with international law enshrined in UN resolutions.

“We do not recognise Israel’s sovereignty over the territories occupied by Israel since June 1967, including the Golan Heights, and we do not consider them to be part of the territory of the state of Israel,” Belgian Ambassador Marc Pesteen de Buytswerve told reporters.

“We raise our strong concerns about broader consequences of recognising illegal annexation and also about the broader regional consequences,” he said, flanked by the ambassadors of the four other countries.

Three UN Security Council resolutions call on Israel to withdraw from the Golan, which it seized from Syria in the 1967 Six-Day War and annexed in 1981, in a move that was never recognised internationally.

Trump's statement on Thursday marked a dramatic shift in US policy over the status of a disputed area that Israel captured from Syria in the 1967 Middle East conflict and annexed in 1981 - a move not recognised internationally.

Against this backdrop of hostility towards the US move, Secretary of State Mike Pompeo landed in Beirut on Friday after visiting Israel. He is expected to raise pressure on the government to curb the influence of the Iran-backed Hezbollah.

Russia, an ally of President Bashar al-Assad with forces in Syria, said Trump's comments risked seriously destabilising the region, and it voiced hope the statement was just declaratory.

Iran, Assad's main regional ally and which also has forces in Syria, condemned the statement as illegal and unacceptable.

"The personal decisions of Trump ...will lead to crisis in the region," Iran's foreign ministry spokesman said.

Turkey, a US ally and an adversary of Damascus, also said the move had brought the Middle East to the edge of a new crisis and the legitimisation of the occupation of the Golan Heights could not be allowed.

Israeli Prime Minister Benjamin Netanyahu thanked Trump for his gesture "at a time when Iran seeks to use Syria as a platform to destroy Israel".

The Syrian government said the Golan was an "indivisible" part of Syrian territory and recovering it "via all means guaranteed by international law is still a priority".

It said the US with its "stupidity and arrogance" had no right to decide the fate of the area and any move to recognise Israeli sovereignty over it was "an illegal action with no impact".

Senior White House adviser Jason Greenblatt said "under any conceivable circumstance, Israel could not give up the Golan".

"To do so would endanger Israel's very existence," he wrote on Twitter.

But Fouad Mundhir, a Syrian whose village is in Israeli-occupied Golan, said Trump was "cancelling the will of an entire nation".

"You say you are carrying the flag of democracy, okay, Mr. Trump, have you taken into account the will of the people of the Golan?" he told Reuters in Jaramana, near Damascus.

The EU said its position on the status of the Golan Heights was unchanged and it did not recognise Israeli sovereignty over the area.