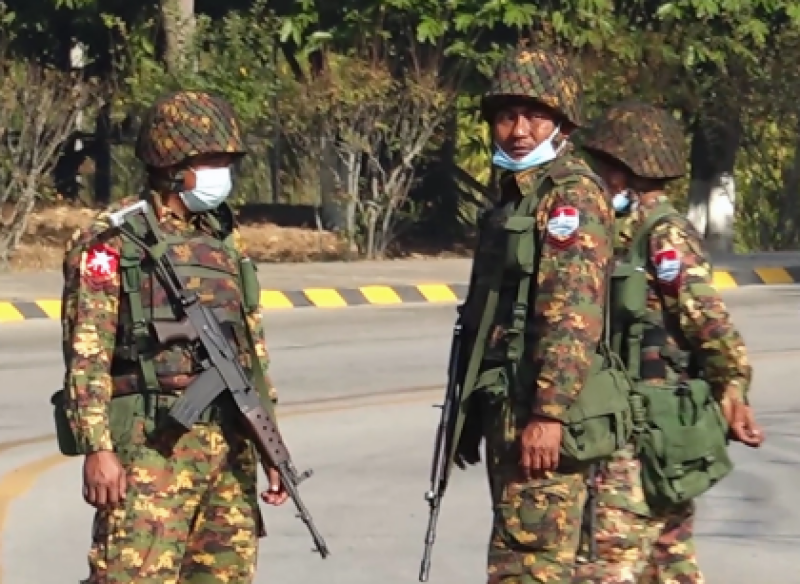 Mandalay (Web Desk): Security forces on Saturday killed more than 90 people across Myanmar in one of the bloodiest days of protests since a military coup last month, news reports and witnesses said.

State television had said on Friday that protesters risked being shot “in the head and back”. Despite this, demonstrators against the Feb. 1 coup came out on the streets of Yangon, Mandalay and other towns.

The Myanmar Now news portal said 91 people were killed across the country by security forces.

Meanwhile, one of Myanmar’s two dozen ethnic armed groups, the Karen National Union, said it had overrun an army post near the Thai border, killing 10 people - including a lieutenant colonel - and losing one of its own fighters.

News reports said there were deaths in the central Sagaing region, Lashio in the east, in the Bago region, near Yangon, and elsewhere. A one-year-old baby was hit in the eye with a rubber bullet.

In Naypyitaw, Min Aung Hlaing reiterated a promise to hold elections, without giving any time-frame.

“The army seeks to join hands with the entire nation to safeguard democracy,” he said in a live broadcast on state television. “Violent acts that affect stability and security in order to make demands are inappropriate.”

The military has said it took power because November elections won by Aung San Suu Kyi’s party were fraudulent, an assertion dismissed by the country’s election commission.

Suu Kyi, the elected leader and the country’s most popular civilian politician, remains in detention at an undisclosed location. Many other figures in her party are also being held in custody.