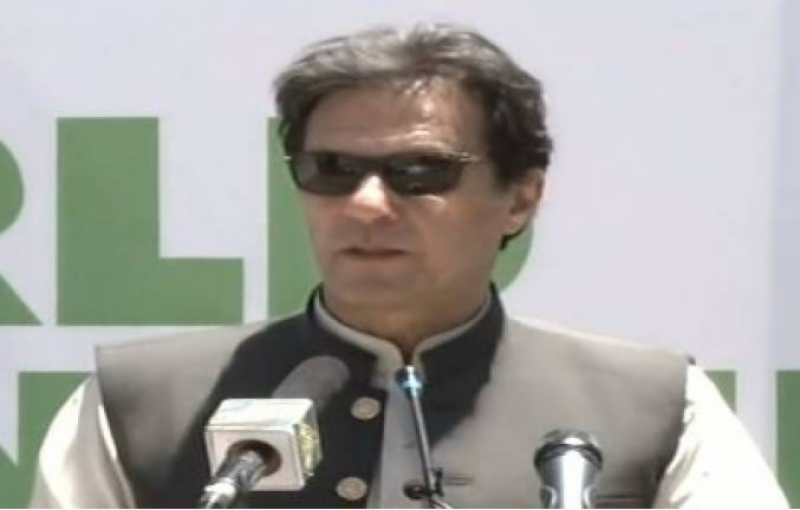 Haripur (Web Desk): Prime Minister Imran Khan on Thursday said that Pakistan will host the “World Environment Day” on June 5 and showcase the steps it has taken to deal with the issue of climate change.

Attending a ceremony in connection with Ten Billion Tree Tsunami Programme in Haripur, the premier said this is a great honour and acknowledgement of the fact that Pakistan is among a handful of countries trying to reduce the impact of climate change and global warming.

“Pakistan is unfortunately amongst the ten countries most vulnerable to climate change,” PM Imran said, adding that melting of glaciers at a rapid pace pose a challenge to Pakistan.

Imran Khan said that Pakistan was not doing this for show but its efforts were directed towards providing a better and secured future to our coming generations, the Radio Pakistan reported.

He said the government embarked upon a series of projects including that of Ten Billion Tree Tsunami, national parks' establishment and restoration of wetlands and wildlife to achieve that objective.

“These projects will also provide job opportunities to the people and contribute to the promotion of tourism,” the premier said.

Prime Minister Imran Khan was confident that the very impact of climate change can be reversed provided there is a will.